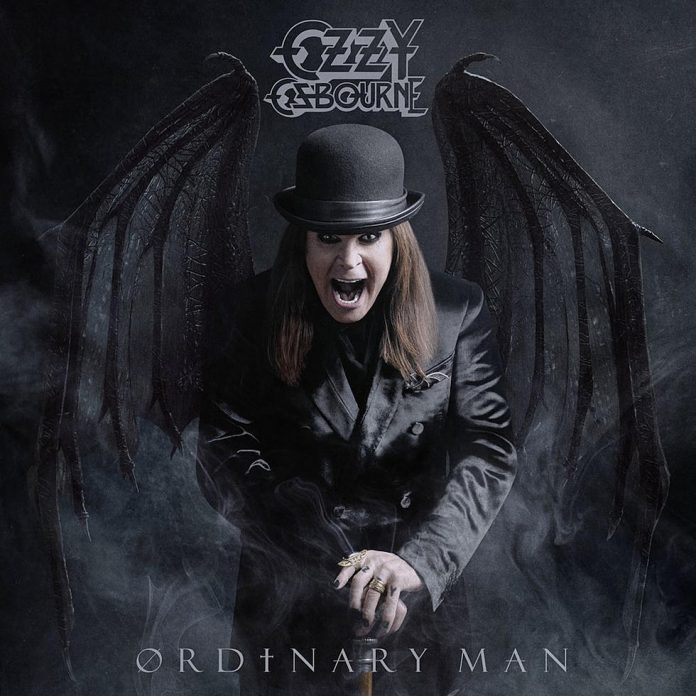 The story of this record can be told in the first and last moments.

“Straight To Hell” is the opener, and (we’ll not shy away from it) over a real Sabbath riff and after a bit of choral stuff, Ozzy Osbourne simply says: “Alright now….”

Then 53 minutes later, it ends with “Take What You Want” which is billed as being “Post Malone Featuring Ozzy Osbourne and Travis Scott” concludes the collection in a most modern way (cards on the table here, I’d never heard of Malone before Friday Morning when I got this record, but his work is interesting). And maybe, just maybe shows why Ozzy is so venerated by everyone. He matters, this record matters.

The other reason this is important is simple. Malone’s Producer Andrew Watt is the driving force behind this project too. I knew him, but I didn’t know I did – he was the “Bonamassa replacement” if you will, the shredder in the wonderful – but all too short lived – California Breed that Glenn Hughes put together after Black Country Communion imploded. He was brilliant that night I saw them open for Slash too. Since then he’s gone on to be one of the biggest pop producers out there (seriously Google him) but as he put it in an interview I read in Billboard Magazine: “I got to be Randy Rhodes on this….”

And “this” is “Ordinary Man”. And given the circumstances it’s pretty extraordinary.

There is a classic feel to “…Hell” and if it doesn’t quite live up its promise to “make you scream…make you defecate” then its still a cracking and crackling opener.

Elsewhere, and given the health problems he has, there is a reflection on “Ordinary Man.” “All My Life” is genuinely heart-wrenching. The emotions conveyed here – and not just on this one – are a world away from what you might expect.

“Goodbye” – opening line “Dark memories, dark memories, they keep me up all night” – is very much the quintessential Osbourne solo record, heavy when it chooses, but with a crunch and a modernity, before switching gear to something you might just recognise from that other band he was in. Credit for this must go to the band – Watt got Duff MacKagan to do the bass and Chad Smith to play drums – and it sounds like they all enjoyed themselves on this one.

The title track couldn’t be more Beatles if it tried, and casts OO as looking back on his life: “I was unprepared for fame, then everybody knew my name”, before Elton John  (one of the few men who could claim to be as big a rock star as Ozzy) does his thing too.

Mortality, as you’d maybe expect, hangs over this. Never more than on “Under The Graveyard” perhaps, while the Metallica-ish “Today Is The End” does something similar, just with a darker edge and on the ballad “Holy For Tonight”, which contains the fabulous thought that “I am the monster, yeah you must have read the news” the mask slips completely. This is Ozzy in the raw, if you like.

There are a couple of fun, throwaway ones. “Eat Me” is kind of like “Feed My Frankenstein”, and you want to not like it, until the bas groove gets in your head and you can’t fail to love a song that offers this “I even come with dessert” as a line and if “Scary Little Green Men” would be throwaway in normal circumstances, then it has a fists in the air quality here.

“It’s A Raid” – the first one that Post Malone appears on – contrasts that with being a punky, thrashy romp, at the end of which Osbourne sneers “fuck you all!” as if to prove he’s still got the fire.

On 4th February 2017 I saw probably the greatest concert I’ll ever see. Black Sabbath at the NEC in Birmingham, celebrating their career four miles from my hometown, and about 10 from where they invented the music that I have loved since I was little. I might never see Ozzy Osbourne live on stage again – I’ve had a ticket for about 18 months for a gig that keeps getting cancelled – but then he goes and makes this. He’s still got it. Whatever it is.

The reverence with which we hold Ozzy means I listened to this first with trepidation, then with a “crikey is it as good as I think it is after hearing it?” air. The answer is: yes it is. This is astonishing.

On the title track he sings this as a pay off line: “the truth is I don’t wanna die an ordinary man….”