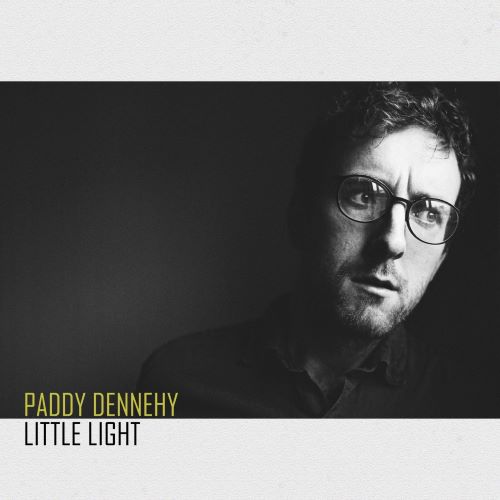 Paddy Dennehy is a Cork-based singer-songwriter whose blues-tinged song writing has earned him renown across Ireland. He has enjoyed guest performances on Dublin’s Late Late Show and has also played alongside Irish folk artist, Glen Hansard and has previously supported Imelda May, Lisa Hannigan, and Mick Flannery. He has also performed at a string of major music festivals, most notably playing the ‘Trailer Park Stage’ at 2016’s Electric Picnic. A debut album “Little Light” is about to be released after some time in the making.

The title track `Little Light` has a wonderfully big production with some electric guitar tinges and pounding drums supporting the raw emotion and angst in the vocals. We are offered treasured memories of a loving relationship that has ended for good with `Painting Of A New Country.` There`s some sweet harmonies from Paddy’s long-time collaborator, his daughter Johanna O’Brien and the song has a real gospel flavour.

Touching on questions of love and God `Strange Wings` seeks joy in everyday things and people rather than looking to a higher deity. The tune builds in passion as it progresses. There`s similar emotion expressed with `St Peter`s Replacement` with the lyrics rapidly tumbling out of the singer at times.

A chronicle of lost love with `Snow Song` which is strengthened with some achingly beautiful orchestrated strings alongside Paddy`s pleading vocals and piano shades. The strings are retained for `Someone Else` another impassioned tale, possibly of supplication for a love gone astray.

`Abednego` seemed a peculiar title for a song and a quick search verified that Shadrach, Meshach, and Abednego were three Hebrew figures from the book of Daniel, who survive being thrown into a fiery furnace by King Nebuchadnezzar of Babylon, when they refuse to bow down to the king’s image. The biblical reference quite possibly a metaphor for the story of passionate love, shared here. The gospel choral arrangement on ‘Hard Times’ really enriches this tragic narrative of Winifred Barrington, a popular member of the landed class in 1920s Ireland who was killed by Irish Free Staters while spending time with a reviled Black and Tans officer Henry Biggs.

A lot of bitterness and anger is unleashed with `Feed The Full` a tale of the consequences of a romantic break up but also a parting with religious faith. The album closes with the stark `One Good Reason`, quite a confessional piece with mainly Paddy, his piano, and some string accompaniment.

“Little Light” is a captivating, impassioned, tender and intimate offering, comprising songs of love, loss, loneliness, and religion and has been In the works for three years, the singer having scrapped a version five years ago. Paddy`s husky gravelly voice pours his heart and soul into this raw, honest evaluation of his feelings and motives and i`m sure it must have been very cathartic. His impassioned expressions reminded me of both Ben Ottewell from Gomez and Liam Ó Maonlaí of the Hothouse Flowers at times, two artists I admire.

This album is not an easy listen but it`s worth setting aside the time to allow it to grasp your attention.