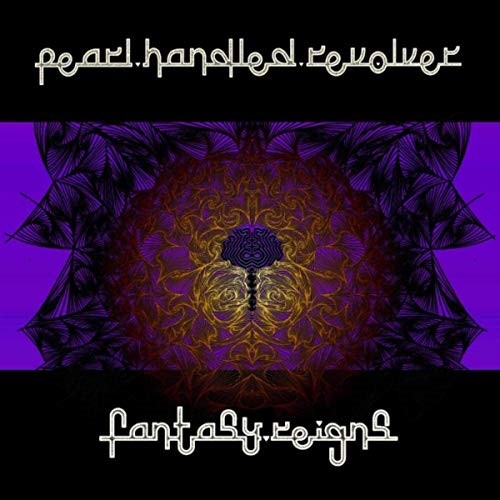 There are many unanswered questions in life. Why is Ed Sheerin so popular? Who watches Love Island? Who is Donald Trump’s hairdresser? I could fill the whole review with these but I’ll offer just one more. Why aren’t Pearl Handled Revolver a household name?

Since releasing their first EP in 2009, PHR have steadily built up a portfolio of classy releases, though I have to admit I was late to the party. I first heard them when reviewing their last studio album, ‘If The Devil Cast His Net’, for this site. I was amazed to discover an established UK band that I’d never heard could produce such a complex and interesting album. It rocked without being heavy, it was progressive but never convoluted and it showed a vast array of influences to create their own unique sound. That was back in 2016 and we now move to 2019 and the release of the new studio record, ‘Fantasy Reigns’.

‘In My Blood’ kicks things off in great style. ‘The Edge’ could be playing the opening riff as accompanying organ swirls around the tribal drum beat. Vocalist Lee Vernon’s delivery is bordering on the sinister, which is perfectly suited to the music. The track ends as abruptly as the next one starts. ‘Machine Gun’ is built on an organ lick that plants itself in the brain immediately.  The guitar solo when it arrives is hard and aggressive and as the song plays out to the end, it reminded me of the early Uriah Heep albums from back in the day.

The opening two song salvo sets the listener up for the epic Track 3. ‘Belly Of The Whale’ is the longest song they PHR have recorded and it’s simply stunning. A slow, brooding number with menacing vocals and a repeated guitar riff, it leads to a musical passage halfway through that is mesmeric. The pace of the song slowly picks up as the Simon Rinaldo takes centre stage with a lengthy keyboard solo. This builds with Chris Thatcher’s drums becoming more urgent and Andy Paris’ guitar following the keyboard lead. The instrumental passage lasts for five minutes and it finishes with a triumphant return to the original riff. It’s spellbinding stuff and will become a central part of their live show for sure.

‘Something Going On Up There’ is time for both Band and listener to draw breath. A mix of early Chris Rea and latter day Steven Wilson, it’s the perfect song to follow the pyrotechnics that preceded it.

‘Siren’ is a cocktail which mixes 1960’s psychedelic influence with a large helping of The Stranglers, adding a cherry on top by way of some guitar work that would be at home in a heavy rock setting. An interesting mix but it works really well.

The sound of the organ sees The Doors mentioned a lot when it comes to PHR but my feel is that it’s Nick Cave’s music that is a closer comparison and it’s that influence that I hear on ‘Petrol Skin’. A slower paced song that’s only two minutes long, it’s almost a prelude to ‘The Switch’, which it segues into. ‘The Switch’ is another power-play from the Band, built upon a cracking guitar riff and a tight rhythm section, it’s embellished throughout by Hammond organ flourishes as it builds to a crescendo – it’s a great song.

The set closes with ‘Raise Your Hand’ and it’s another of the albums gems and will no doubt be another strong live number. The rhythmic drumming combined with an insistent guitar riff gives the song a trance like quality and, like the rest of the album, it benefits from being played loud.

I think Pearl Handled Revolver have delivered another great record, easily on a par with ‘If he Devil Cast His Net’ and maybe it’s even better. It features their most ambitious song yet in ‘Belly Of The Whale’, along with some other songs (‘In My Blood’, ‘The Switch’ and ‘Raise Your Hands’), that are set to become staples of their live show. In a world where Nick Cave is revered and Steven Wilson is treated as the second coming (both rightly so, by the way), PHR deserve their place at the table of the best in contemporary rock. The songs have depth, the musical performance is great and repeated listening reveals the true scope of what has been recorded.