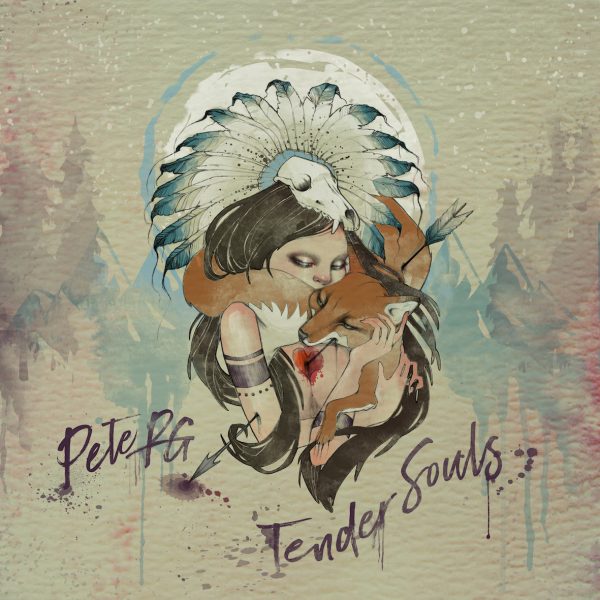 He was the singer in Last December, but now Pete RG is striking out alone.

For this, his first solo release, he has gathered together a live band including Adam from Candlebox and drummer Dave Krusen once of Pearl Jam and the latter is particularly important as “Tender Souls” does occupy a similar type of space to those arena dwellers.

Much of this to be fair, is because RG’s wonderful, rich voice does have echoes of Eddie Vedder, which when it is mixed with the brilliantly understated music here, makes “….Souls” a thoroughly compelling thing.

There are records that work entirely on bombast alone. Not this one. This is totally reliant on subtlety. The album is bookended by a couple of cuts,  “Our Escape” with its widescreen intentions and the ending “Magic”, which lilts in on delicate acoustics, that are what the album is about in microcosm.

This is, if we may call it that, thinking man’s rock n roll. Less “I Want Action” than “I’d like to talk about it”, but everything about the ten songs here is extremely well thought out and executed. “Divine” has a touch of Augustines about it, “Heaven Knows” adds a soulful groove, but the clever lyrics and interesting melodies are ever present.

There is nothing here that isn’t of top quality, as RG and his fiancé Brina Kabler (who plays keyboards, is Engineer and co-producer here) have constructed something that sees the singer truly stretch himself, even allowing for that, though “Reload” which has hints of The Police about it, is a real highlight.

“Fighting Fires” is another of those gentle ones that worm their way in, and the keyboard work on “True Love” keeps that as being one of the more interesting ballads, that said “Tender Souls” is a record that is at it’s best when it eschews the obvious lyrical theme as it does on the title track and “Bigger Than Today”  which is surely destined to be a radio hit for all those looking to fill the Gaslight Anthem shaped hole in their lives, and it builds to one of the more impressive crescendos on this album.

And speaking of radio hits, “Here And Now” has those words writ large right through it, and it is an eminently classy piece of work – words that sum this entire collection up pretty nicely.

Whilst it is thoroughly modern and outward looking, this a record that is old school too, in that it is a real grower of a record. Its charms do not reveal themselves to you in one visceral hit, but slowly and over time. That is always the mark of fine songwriters and there is plenty of reason to think that “Tender Souls”