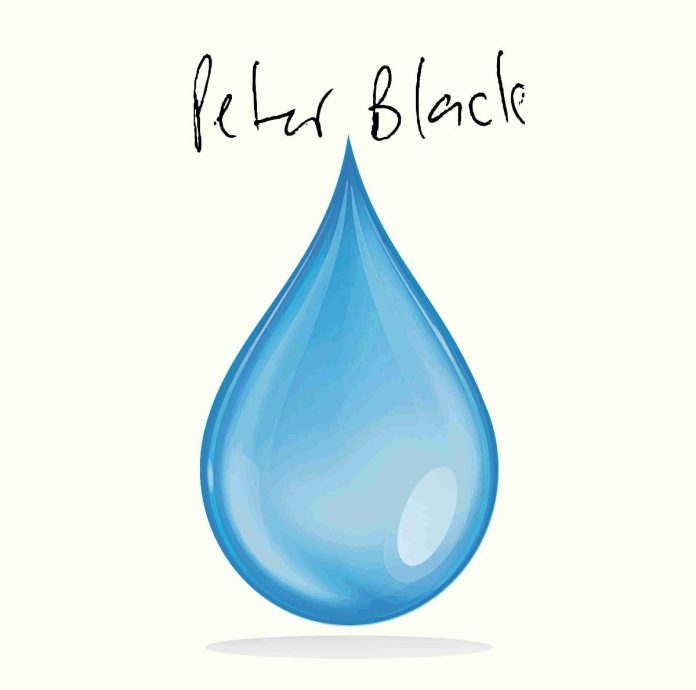 If i`m honest I’d never heard of Peter ‘Blackie’ Black until we received two albums that he was releasing simultaneously with “I`m Gonna Cheat As Much As I Can” and “If This Is The Hand I`m Dealt” After reviewing “I`m Gonna Cheat…”, it only seemed fair to review “If This Is The Hand I`m Dealt”. The album has fourteen tracks and has a more solo than band driven structure but with some additional musical colleagues joining in on certain numbers.

The album opens with `ABDII` and it`s a mellow piece with an intricately picked acoustic guitar and occasional organ tinges leading the quietly shared vocals through this gentle dreamy song of a lost love. There`s another peaceful track with `BC Rich Shredder` an almost reverential ode to an American brand of guitar and nights playing gigs with it. A number that maybe alludes to missing playing the live circuit.

`Yellow Dead Curtains` was a bit of a strange one, musically a strummed guitar and vocals with intermittent strings which added to the uneasy feeling of potential doom. The lyrics were a bit beyond me but were maybe an allegory of the current pandemic. Peter Zounis offers his complex banjo picking skills to lead us through `Wish There’s A Song That Can Put Me Back Together` another odd one possibly about mortality? It binds this album’s title with the other concurrent solo release with the line “if this is the hand that i’m dealt i’m gonna cheat as much as i can”

`Let My Hair Down and Breathe` is just that, a track about it being easier to be told to relax than actually doing it. It begins at a reasonable pace with strummed guitar and vocals before another deeper vocal pitches in singing above with what may be “chug chug chug a log a log” which seemed to sound like a human didgeridoo. Wonderfully bizarre. Lauren Friedman takes over the vocals on `Madison’s Night Class and Seminars` a tale that seems set around some sort of education facility but was out there, I just sat back and enjoyed Lauren`s delightful delivery.

`Reminding Me the World Ain’t All Roses` has the singer`s vocals at their most undulating best in this faraway tale of life`s challenges offered against a clipped acoustic texture. I was reminded of the late Elliot Smith with `Let’s Stay Half Hidden` a quite melancholic piece which is broken up midway with some synth flourishes.

`Stone Fruit Forkie` may be about someone working as a forklift driver`s mate at a fruit farm or warehouse with the last minute given over to an interpretation of an FM radio channel. There`s another pensive, sombre number with `Both Sitting on My Bed` an acoustic guitar and vocal relating the aftermath of an argument and the subsequent fallout from it.

`Obscure` is a reflective, dreamlike musing on a relationship that seems to have soured offered against a plucked rhythmic acoustic guitar and some occasional strings. A gently played piano leads us through `What Should I Be Thinking` which seems to relate to a series of household accidents caused by the narrator being distracted, possibly by his own thought process.

The guitar ensures that `Is That The Hint Of A Cough` isn`t an a cappella composition but it`s a near as damn it as the singer is accompanied vocally on this disturbing recollection of an almost combative relationship. The album closes with a heartrending tribute to the singer`s mother with `Song For Mum` and to add further poignancy to this homage, Peter`s sister Jannifer joins in on the vocal arrangement.

“If This Is The Hand..” is a more stripped back and introspective offering with song titles that seemed to get a little surreal at times although the subject matter ranged from missing live shows, mortality and lost loves to broken romances, the singer has a charming voice and his guitar prowess allowed it the perfect platform to shine. The musicians that aided Peter not already mentioned are Jay Whalley who played organ and Heather Shannon who arranged strings and played keys and piano.

I`ve never been a gambler but as the album title suggests, I’d be more than happy having been dealt this hand.