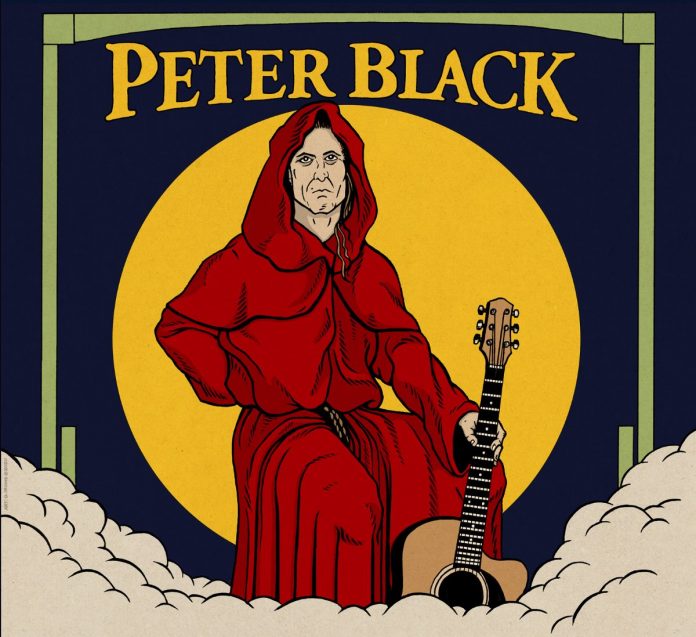 If i`m honest I’d never heard of Peter ‘Blackie’ Black. But he`s a legend in Australia and has been playing music with the Hard-Ons, a multi-cultural pop punk band since the age of thirteen and also creates music with Nunchukka Superfly. He has released a number of solo albums and has two released simultaneously with “I`m Gonna Cheat As Much As I Can” and “If This Is The Hand I`m Dealt”

“I`m Gonna Cheat As Much As I Can” has twelve tracks and has a more band driven structure.

The album opens with `Sky With Diamonds` a sort of wonderfully uplifting power pop love song of sorts that had me in mind of bands like The Posies or The Gigolo Aunts. There`s a bizarre tale of a hospital visit where i`m not sure if it`s as a visitor or patient with `Procedures Must Be Met.` A slightly unsettling tale which is led by a constant drum beat, has a synth solo and a stop start err about it with an almost nuance of angst in the singer`s voice. Delightfully unnerving.

The pretty distasteful title `Then I`m Gonna lick You Toes` does little to elevate this cracking orchestral aria which has a joyful line of “first i`m gonna lick your mind, then i`m gonna lick your toes” unsettlingly compelling. We have a breakup song with `CryAloneDotComAu` with some marvellous harmonies from Lauren Friedman. A captivating number that reminded me of some of the melodic stuff pop rock band Wheatus produce.

`Incident At Rozelle` seems to relate to an occurrence in the sleepy suburb of Rozelle in Sydney and how it effects a cab driver, a surreal offering which had some charming strings. An even more peculiar piece follows with `I Never Say Things Twice (I Never Say Things Twice) ` which seems to be about the narrator`s paranoia, which is enhanced with the cello and plucked string arrangement.

`I`m NOT Looking For A Hug` is quite an anthemic foot stomping composition with the chorus of “Life’s so short its frivolous you gotta get used to that there’s nothing before and nothing coming after get used to that” almost chanted, maybe a mantra for self-reliance. A possible road trip song cones with `Steering Wheel Went Soft In My Hands` which has a wonderful twangy guitar sound with some harmonizingly complementary drumming, that allows the singer`s vocals to soar. This track was a true delight.

`Return of the Key Jangler` is quite hymn like at times and enjoys some sporadic piano twinklings and multi-tiered vocals which gave it a Beach Boys come Byrds texture. I`d describe `DEATH BIG BORE` as a tale relating to the raconteur`s neurotic life tendencies set to a quite hypnotic back beat with some deep throaty harmonies adding to the overall unusual vibe.

`Safety Net` is a power pop song dedicated to a friend or partner who is always there for you, a short piece in the style of the late great Tom Petty. The album closes with `Unfurl` which begins with seagulls squawking before it becomes quite dark and broody with a Nick Cave kind of vocal before a more Beach Boys organ sound. The darkness returns then organ again before the last minute is given over to a garage rock guitar riff with accompanying drumming. A disturbingly erratic musical journey.

I loved “I`m Gonna Cheat…” it was a cracking introduction for me to Peter Black who was able to deliver some really eclectic tunes with the help of Jeromy Parry-Ewing adding some vocals and hand claps, Jay Whalley on piano, vocals hand claps and foot stomps, Joel Ellis on drums, Heather Shannon supplying Orchestral arrangements, some bass and keys and Ray Ahn adding some bass as well. There are a dozen different but compellingly charming offerings here to enjoy and Peter has an interesting vocal inflection that adds so much to these compositions.

The title may suggest an approach from a charlatan but to me there was a frankness and honesty within these creations.