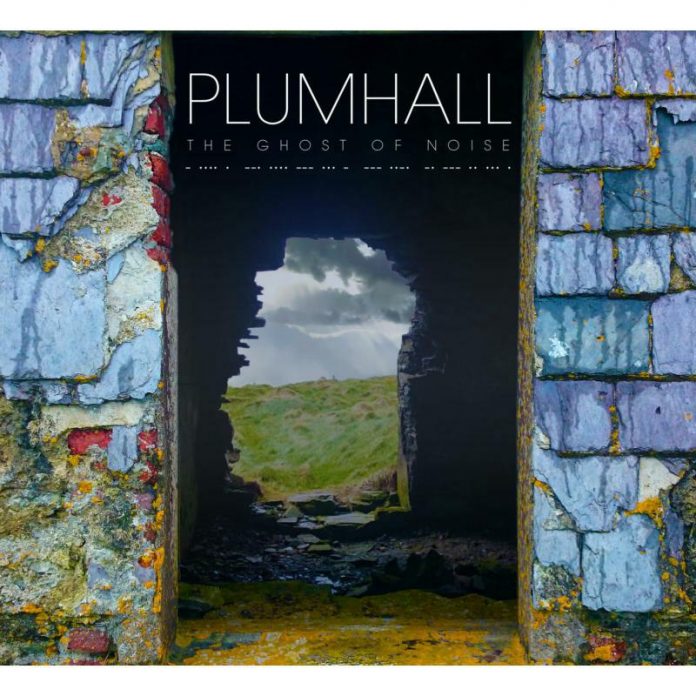 Plumhall are an acoustic duo based in Bradford, whose songs draw inspiration from many different styles of music, with a propensity towards pop, folk, and Americana. Michelle Plum (ex Chumbawamba / Chris Norman Band) and Nick B Hall (ex Magna Carta / The Hall Brothers) make up the duo. Their debut album “Thundercloud” was voted a Guardian and Observer Hidden Gem in 2014. They follow up this critically acclaimed release with “The Ghost Of Noise”. Michelle and Nick sing lead and harmony vocals and play an array of instruments on the record. The album is a departure from their previous record in its use of electronica and found sounds to augment their trademark harmonies and acoustic instrumentation. Producer David P Crickmore, having recently overseen the comeback of his 1980’s synth-pop group Fiat Lux, has been part of the driving force behind this change.

`The Ghost Of Noise` launches the album and has a repetitive underlying drumbeat and guitar riff that sets a platform for Nick`s quietly, almost remotely shared vocals with Michelle adding harmonies as we progress. At times this slightly hypnotic track reminded me of some of the elements that came together in the Doors “Riders On The Storm.”  The song came about from a visit to Browhead in West Cork, the most southerly point of mainland Ireland, where there are some Napoleonic war towers and the remains of Marconi`s telegraphic signalling station. This visit inspired the theme of the album of communication and conflict.

Indeed, this opening track includes Morse code subtly blended along with the music. Michelle takes the lead on the uplifting `City Starlings` with Nick adding complementary harmonies. The latter part of this piece has a piano sequence, some bird song, which I would assume is Starlings and ends with a plucked or strummed guitar.

`Cruel Adventure` has the duo sharing vocal duties on this up-tempo piece. There are some pleasant piano twinklings and an interesting guitar or Sitar like offering midway through. The melancholic `A Darkness That Won`t Leave The House`, a song relating life`s difficulties follows with Nick`s exposed vocals leading with Michelle adding harmonies which works so well. A wonderfully stripped back mesmerising track.

`Mary` allows Michelle`s vocals to really shine, they are quite imploring at times. A pleasant guitar interlude breaks up the tune midway through before the singer recommences this tale of the female subject who seems so elusive. The number concludes with some flowing synths and again more guitar swatches.

A quite anthemic call to arms follows with `South To Glory` Nick`s initial delivery makes you feel that you are almost there alongside the raconteur, contained within this anticipated journey. The pair then share an oral trade off midway before Nick resumes the narrative and Michelle adds additional harmonies.

`Strange Driftwood` is a laid back “on the downbeat” kind of offering with piano and Nick`s vocals with Michelle adding a little flavour at the chorus. A constant synth beat and quite faint guitar loop in the background add together to the soothing ambience, A quite captivating singalong track follows with `Fire Next Time` The tone of the music blended with the pair`s harmonic delivery provides a subtly optimistic aspect.

`A Year Ago Today` has a real expansive feel to it, with a pounding drum, plucked guitar strings and a lightly rustling tambourine give it a cinematic touch. There`s another singalong track with `Dust Devil` where Michelle`s rich vocals really shine. Her delivery shows a real vulnerability at times and almost a pleading at the chorus. This cut is also enhanced by the composition of the accompanying music throughout. It is delicately structured to take over at times and at times just allow the singer to sparkle.

The penultimate song on the album `The Outside Track` opens up with a gentle rock guitar solo before Nick then Michelle join in to give the track quite an edgy feel. An elegy of being the outcast, longing, craving for something that`s no longer obtainable. The album is rounded off with `Closing Down`, which was commissioned for the recent British family adventure film, The Runaways. A mournful, contemplative narrative of a relationship that is being yearned for. An interesting choice to close out the album as it`s quite different to most of what`s gone on before.

I thoroughly enjoyed my introduction to this pair of gifted singer-songwriters, of whom I knew little,

There is an intelligence, honesty, sincerity and at times vulnerability in their lyrics, The skill and ability of the duo as musicians only goes to intensify and enhance the variety of songs on this release.

On the strength of this there`s certainly a healthy future to come for this entrancing pair.