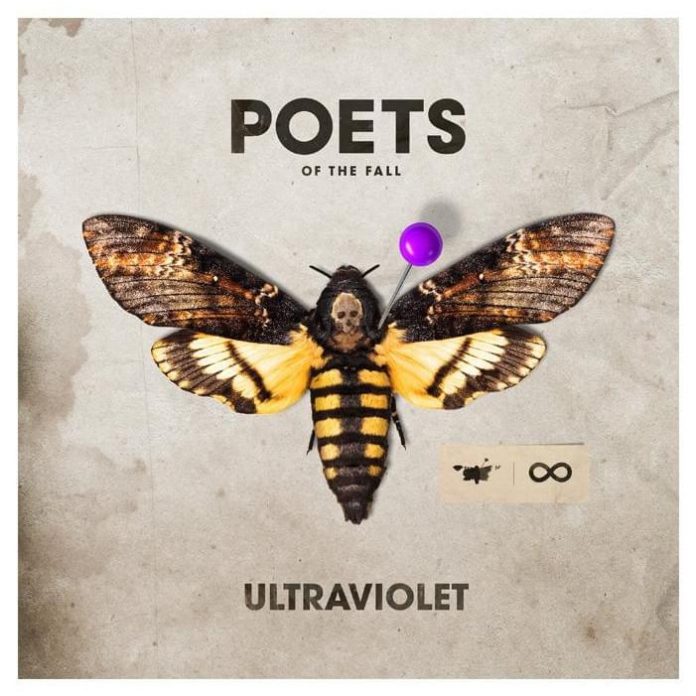 I am fairly sure that each one of us at some point in our lives has looked at our album collection and wondered how on earth I managed to buy so many albums by (insert name here) without realising it. And so it is with me and POTF.

A dozen years ago one of my friends married a Finnish girl and we all duly trooped over for the wedding. Somehow, I suspect beer was involved, I got chatting to a young lady about music.  She was appalled that my knowledge of Finnish rock bands only extended as far as Hanoi Rocks and HIM, so a few weeks later a CD of ‘Carnival of Rust’ arrived at my home back in England and with that she introduced me to the band and I’ve been a fan ever since.

Seven albums and one superb gig later I’m now listening to ‘Ultraviolet’ the follow up to ‘Clearview’ an album which in truth I didn’t get.  And here’s why. Looking at my iTunes, the seven POTF albums are classified as Alternative/Pop/Progressive/Rock, all of which could be applied to ‘Clearview’.  Don’t get me wrong, there were some cracking songs on the album but it didn’t come together as a whole.

Ultraviolet opener ‘Dancing on Broken Glass’ is driven by a pulsating keyboard motif and deals squarely with past, present and future relationships, a theme echoed in the next track ‘My Dark Disquiet’, which if possible  goes at even faster pace, again heavily keyboard driven and backed with an orchestral sweep and some more suitable background guitar work.

‘False Kings’ has the grandiose scale of an attempt at a Bond theme whilst ‘Fool’s Paradise’ which follows, has the urgency attack of a race car driven by a simple piano triplet and brought back vague memories of an A-Ha chorus. The repeat guitar motif of ‘Standstill’ has been lifted wholesale from the Red Hot Chilli Peppers ‘Under The Bridge’, perhaps deliberately, perhaps not and deals with not taking your chances when they’re presented to you. A lesson we can all learn. ‘The Sweet Escape’ starts with an 80’s synth drum machine and simple guitar picked out through the drum pattern and a building choral background.

And then on ‘Moments Before The Storm’ we finally get a proper guitar solo or two and thank goodness for that! I suspect that played live the song could be epic, it’s got that sort of scale to it.  Angel has scale and a structure that is almost Human Leagueish or like some early Ultravox and which pulls you along on a chorus, but it is sandwiched between two songs that a good producer would have left on the cutting room floor because they try far too hard to be worthy and have some cringe worthy rhymes.

Ultraviolet is an album dominated by relationship songs, heartbreak, love and hope for the future. It’s partially a pop album, there’s some rock in it and it’s got prog elements which are comparable to their countrymen the Von Hertzen Bros, but it’s not an out and out rock album. For that you need to go back to ‘Carnival of Rust’.

POTF should be applauded for not simply sticking to what was a winning formula and for mixing styles up but Ultraviolet is an album dominated by the lush keyboards of Markus Kaarlonen whilst Olli Tukiainen’s guitar work has taken a back seat. As ever the vocals of Marko Saaresto soar across the top of the songs, rich chocolate and distinctive, emotive and soulful. POTF seem to have developed a signature of taking a track to full speed then stopping for a short spoken piece before ramping up the pace again. Once is fine, but it’s now a regular occurrence; less is more!

Listening to Ultraviolet you can understand why they are bigger across Central & Eastern Europe and why British radio has been so reluctant to pick them up. Released on October 5th I can see this dividing fans from the early days, it will win a few new fans, but a few more rock songs on the next one please.