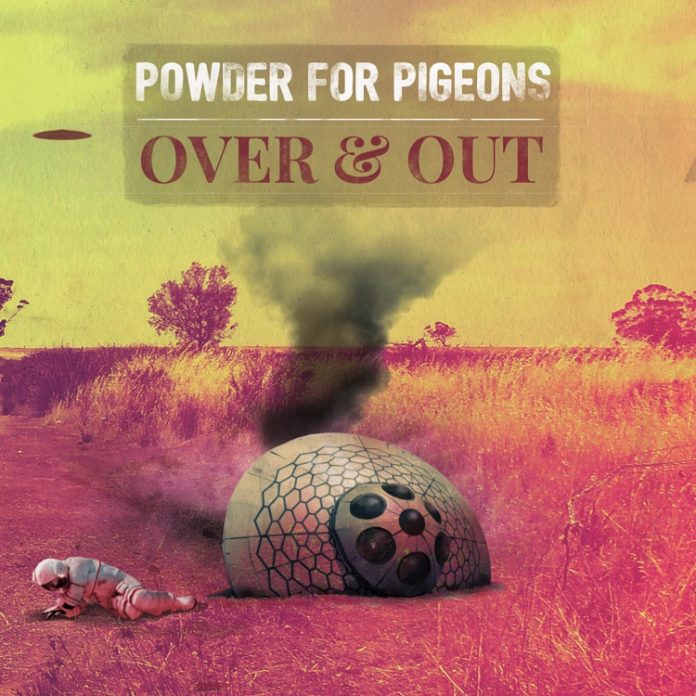 There is something about duos and I am not sure why, but it always seems to be the case. They generally sound a little more primal than most bands.

Powder For Pigeons fall into that category and “Over And Out” amounts to a half an hour, seven track study into being unhinged with a real accessible side.

But with these two that only tells a bit of the story.

Rhys and Meike are from Perth,  Australia. I was watching some cricket from Down Under over the winter and it was only then (to my eternal shame) that I realised just how remote that part of Western Australia was, which might explain why the two of them, left to their own devices up there, make music that is as far removed from the Aussie denim and rock n roll stereotype as can be.

Instead, opener “Catapult” has all the urgency of grunge. You’d call it raw, but that doesn’t do it justice really, instead while it is pleasingly unpolished, it isn’t crude. It is though, almost two songs in one. Which takes some doing in just over 180 seconds.

“Personality” lives and dies by its wonderful drumbeat, strident isn’t the word, and it explodes into its chorus. “Lay It On” whips up a real storm by essentially distilling things down to their brass tacks. Fast and furious, it is probably the best thing here.

“Shitstorm City” manages to be a little funky, and does something a touch hypnotic even before the close, as if its proving that nothing was off limits here. And if the rest of “…Out” has hinted at a love for Helmet, then “Expectation” makes it clear.

It is striking how wide the palette is here, but that’s especially true of the bluesy ballad, “Better Days” which has a real classic feel and as things finish with the title track there is just something of the exuberance of punk rock, but gracious me the riff is thick as molasses.

“Over And Out” is what happens when there are no rules, no preconceived ideas, just two blokes doing what comes naturally.