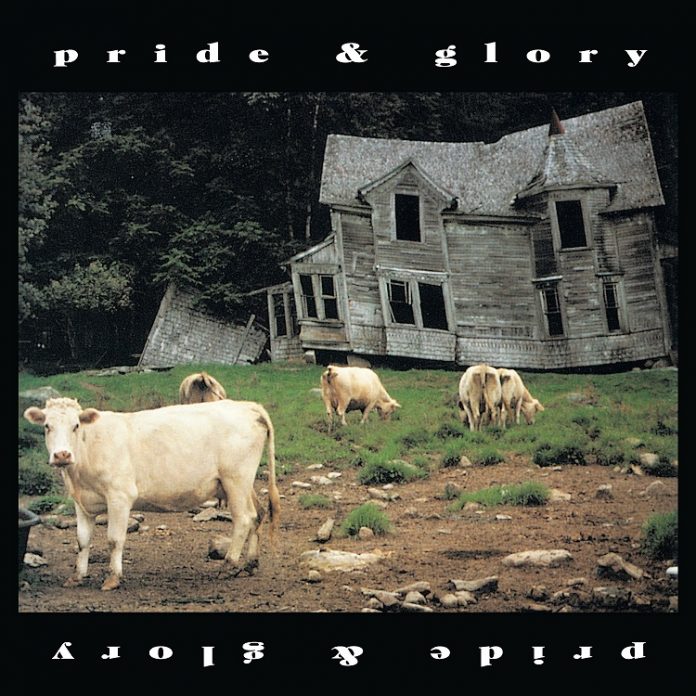 I am, I suppose at that age.

It’s not like you mean it to happen (and I guess a massive upside to the website is that I get exposed to new music every day, so I never get in a rut), but it still does.

All my favourite albums are celebrating some anniversary or other.

You could analyse it, really, psychologically. It’s not even rose tinted specs. It might, actually be that in contrast to today, when you can stream whatever, whenever, and if I want to investigate Drill Music (that happened the other week) or Italian Americana (likewise) you can, back in 1994, we had enough cash for one album a fortnight, if we were lucky. If you found one with the words in, you were set

You’d listen to it all week, poring over each nuance and do it all again.

My mate had Sky TV. That had Headbangers Ball on, and we’d watch that on a Monday night round his mum and dads. We’d make a list of ones we wanted and we’d go to Tempest Records in Birmingham on the Saturday to buy whatever it was. And, by the way, if you had to buy it on Import that was even better.

If all of this sounds idyllic and nostalgic, it really was. We were kids of 19 with our first job and finally, we could spend some money. I wouldn’t swap that time for any other.

So, when “Pride And Glory” landed in the inbox the other day, I admit to getting nostalgic. The scenario above was exactly the one that led me to the record (I think I even brought this from Tempest). And yes, of course we knew who Zakk Wylde was, but all we actually cared about at the time was that the record was so, so good.

I hadn’t listened to it for a few years, either, apart from one of those times you have your iPod on shuffle and it comes up with something amazing, like the time it played me “Toe’n The Line”, so it was with some interest that I stuck this on again.

I am here to tell you that put simply: Pride And Glory is one of the absolute finest albums ever made.

Everything from the banjo opening to “Losin’ My Mind” to the knockabout “Hate Your Guts” with its campfire mentality, has stood up incredibly well to the passing of this quarter of a century.

Maybe its down to the timeless nature of the southern flavoured rock n roll here, it could be. Or it could be that lyrics to the likes of “Horse Called War” are still – sadly – so relevant. More likely though, it is down to my long held belief that the very, very best doesn’t date. It isn’t of its time. It is for all time.

Whatever, listening to this on a few occasions over the last few days, you almost have to exclaim, “damn boy” at just how good it is. “Shine On”, awash with harmonica, and bluesy as all hell, the gorgeous acoustic “Lovin Woman” and the heavy metal “Harvester Of Pain”, wherever you look, there’s something brilliant.

Amongst the most heartfelt music, I’d argue, that Zakk ever made, “Chosen One” starts with a Sabbath bassline, but as it builds it is phenomenal. A varied collection too. “Sweet Jesus” is piano led, and I still knew every word.

“Troubled Wine” has a romp around the swamp, and does so with a riff as thick as molasses,  “Machine Gun Man” might be called Americana these days. Back then it was just ace. What I will say is that I reviewed the new Magpie Salute record yesterday and it was packed full of this stuff.

“Cry Me A River” – and I am trying not to review this with the benefit of hindsight, because we only heard The Allman Brothers after this album – sounds like them, “Toe’n The Line” was my favourite then and still is, “Found A Friend” is dreamy, floaty and psychedelic – and by the way, Wylde is a stunning guitarist. Here’s your proof. “Found A Friend” on the other hand builds around strings, as if nothing was off limits here.

This being a reissue and all, there’s a load of bonus stuff. And because this is Pride And Glory it is a little more essential than it might be. The reworking of “Machine Gun Man” isn’t far from Wylde’s “Book Of Shadows” stuff, “Mother Mary” is more gospel infused than you might think, but then morphs into what delta blues played by Pantera would sound like.

A couple of the others stand out too. Covers of “The Wizard” by Sabbath, and “Come Together” might appear to be a bit of a shrug ordinarily. Not here, particularly the latter, which Wylde owns.

But ultimately, the completists will get this anyway. The rest of you, just get it because you won’t regret it. One of the most seminal records of my youth, the one that led me to the Southen Rock that I still adore to this day, “Pride And Glory” is so good I can barely put it into words.

Which is staggering, since I have just spent about 1000 telling you how amazing it is.

So there’s just another three to go. And for the lifetime of pleasure this album helped give me:

Rating: yeah, what do you reckon?