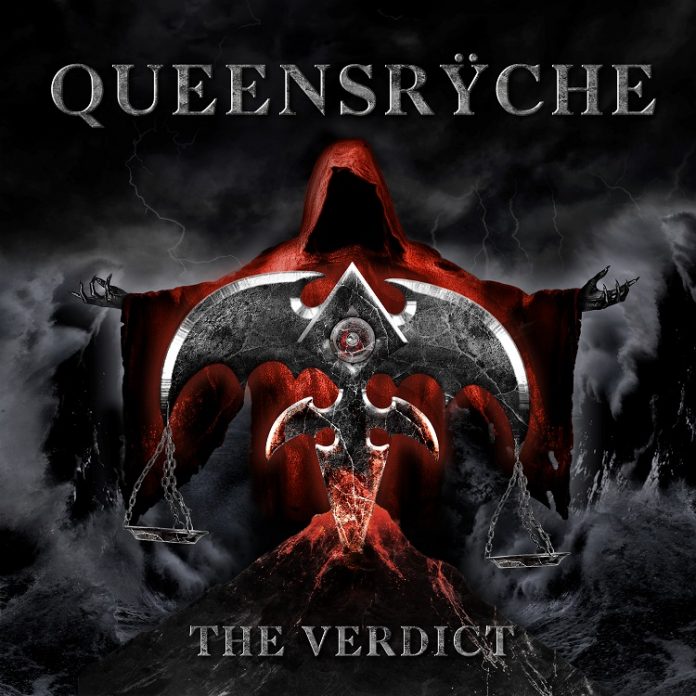 There are certain musical things that everyone seems to believe that I sort of go….”ok maybe its me, but….”.

Things like Van Halen’s albums with DLR were better than with Sammy Hagar. Things like Iron Maiden’s later albums aren’t a patch on their newer stuff, and Bon Scott being better than Brian Johnson.

When it comes to Queensrÿche – and you can probably guess where this is going –  I have to be honest and say the last three records, the ones with Todd La Torre as vocalist, have been my favourites of theirs, I have to admit it.

I saw them with Geoff Tate – I saw them do “Operation Mindcrime” as it goes – but this version of them feels fresher, more exciting and more visceral than anything they did with their old singer.

That’s the verdict, if you will, and that’s “The Verdict” too, because they’ve lost none of their power to address the socio-economic issues in the world, its just that bands 35 years into their careers aren’t meant to sound this full of beans and most are – really – at the stage where they stick new stuff out just for an excuse to go and play the old to the faithful.

Not Queensrÿche. No, sir. They want to challenge. They want to start albums with “Blood Of The Levant” which deals with the Syrian crisis, but does so over a riff that is modern and absolutely rooted in the here and now rather than history.

Likewise “Man The Machine” slams, and maybe because there’s still two men here (La Torre handles studio drums with original member Scott Rockenfield “unavailable”) that have been part of this journey for the whole road, there is plenty of respect shown to the bands sound too.

There is some real clever stuff here. “Light Years” is a fairly prog thing, for want of a better term, and if they’ve never really been a band that fitted in with trends, then there is perhaps a whiff of Dream Theater here.

An eastern influence guides “Inside Out”, which does the thing that they’ve always managed to do and sound epic despite keeping things relatively brief (the album as a whole clocks in at a little under 45 minutes) while “Propaganda Fashion” is a slice of bombastic rock n roll that is virtually impossible to resist in truth.

“Dark Reverie” is bleaker, more morose than many here. Close to a ballad, but not quite, it has some grit and determination about it. “Bent” on the other hand is perhaps the clearest signpost of what 2019 Queensrÿche have to offer. Lyrics about the destruction of the native Americans, but without much of a political slant, superbly played, and La Torre’s vocals are magnificent.

“Inner Unrest” gives Michael Witton the chance to stretch himself on guitar, and the lead work here from him and Parker Lundgren throughout is right from the top draw, “Launder The Conscious” is a piece of top quality work too, and yet more proof that there is nothing like a dip here.

As if to prove they can still surprise, “Portrait” ends thing on a slightly unsettling, eerie even, note, but it is one that still works in the confines of this record.

Not quite metal, not quite prog, not quite hard rock. Queensrÿche have always been a band to stand alone. “The Verdict” is the work of men who are nowhere near ready to quit yet, either.