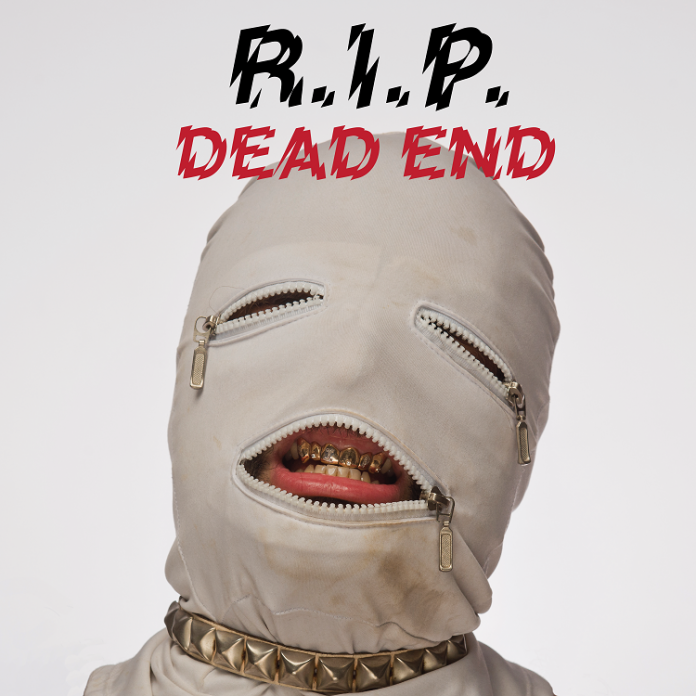 There are bands, it has to be said, that you’d never book for children’s parties.

Bands that sound so filthy, so grimy and so raw, that if they moved in next door, you’d put your house up for sale.

R.I.P are one of these. And so much so that it doesn’t really matter what they sing about, it just sounds scary.

Four years have passed since I reviewed their debut “In The Wind” record, and pronounced: “In The Wind” simply will not die. If Donald Trump causes the Nuclear Holocaust he looks likely to when he offers Kim Jong-un out for a fight on his first day in The White House, then the next day the cockroaches will be dancing as this plays.”

To be fair, as we stand days away from the next election over there, I am not sure even I could have predicted that Trump’s lunacy would be the least of our worries over here. And, even if the Portland, Oregon mob appear to have released an album in 2017 that I appear to have missed, then everything I said about them back then still stands here.

Except, actually, the sound on “Dead End”, is less “street doom” and more “fast and furious”. The opener “Streets Of Death” is an 80s sounding, synth heavy thing, but you can forget that. Because when this one this going, which it does, on “Judgement Night”, this is what happens when you are bludgeoned, very fast, for half an hour.

As unreconstructed as music gets. Like some early Maiden, jamming with Motorhead while a punk band does speed with Lemmy. It is tempting to leave the review at that, given that they all are basic derivations of that in some fashion, but it does have some subtleties.

Whether it’s the bass groove, or the solo on the brilliant title track, or the thick Prong style riff of “Nightmare”, each one of them has something to commend it.

There is a sense of nihilism too. A sense that there is no light at the end of the tunnel. “My mind will not be free,” screams singer Fuzz, “till I am in this hearse” and nothing, really, sums up the sound better than that.

The sleaze here isn’t of the Poison type. “One Foot In The Grave” is debauched, but it doesn’t want nothing but a good time, and the punk stylings of “Death Is Coming” isn’t interested in the what the cool kids are thinking, it just sounds as scary as metal ever does.

Metal is the word too, because more than ever this is a metal band. There’s a Priest type riff here, and “Moment Of Silence” is as heavy as anything they’ve ever done – or at least it is, before it switches to something akin to Nirvana at their absolute rawest.

And oddly, despite the speed, the filth, the anger and the violence, they are capable of switching things up whenever they choose, “Dead Of The Night” for example, merrily goes down some nightmarish route that Wednesday 13 might be proud of, as if to emphasise that you don’t want to ever underestimate R.I.P.

They are very much alive on “Dead End” and the maelstrom of noise and bleak confusion they create on this 34 minutes is perfect for these times. I am still saying, though, if they ever invited me to a party at their house I’d be too frightened to say yes – even if deep down I’d be intrigued.