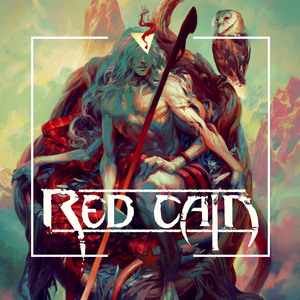 There’s a lot that is very interesting indeed about this, the debut EP from Red Cain.

Lets’s deal with the most obvious first. Debut EP’s are not supposed to be this polished or this good, for that matter.

That out of the way, the way they do it is what marks Red Cain out as ones to watch, and for that you have to delve into their history.

You see, Red Cain – now a five piece after some line-up changes – have just emerged from a two year hiatus. Originally they were a industrial metal band, before changing to the sound that is all over this record – that of bands like Dream Theater and Kamelot and a host of others that have never understood the concept of stripping down

So far, so good. Except that only tells half the story, because the industrial flourishes puncture the four tracks here, which means however much they tell you their influences, Red Cain don’t sound like anybody else.

That much is evident from the get go of “Guillotine” which ushers itself in on a wall of sound, but also features breakowns to make even bands like The Defiled envious, as William Lancaster’s synth work is to the fore.

If he is the driver perhaps, then the trump card is the vocal prowess of Evgeniy Zayarny, who only deals in clean singing, but propels “Dead Aeon Requiem” into something that wouldn’t have been out of place on Paradise Lost’s brilliant “One Second” record.

A band with European roots, Red Cain are happy to show them throughout, but never are they more explicit than on “Hiraeth” which is a kind of dark power metal classic, while “Unborn” which ends this mighty collection does so on the back of some huge foreboding as it works in the shadows.

An unexpected gem, Red Cain have done something truly different, but have stayed true to themselves in making the record. Now for the full-length album.