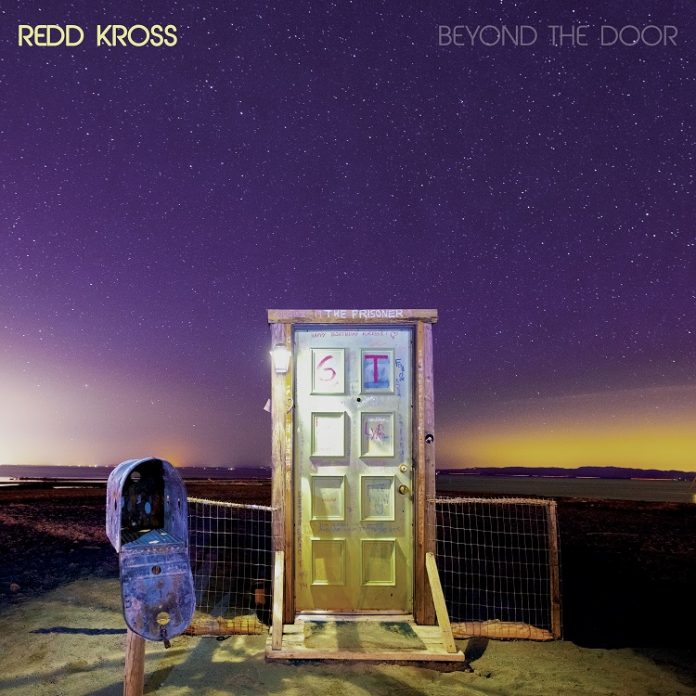 One of my pet hates, at least when I used to buy music magazines anyway, was one of those little pieces on the side panels where some rock star or other would be quizzed as to the first record they bought. Invariably it would mean some kid telling you that the album that set them on the path to whatever was some seminal thing “I remember hearing Slayer’s “Reign In Blood” at 7, and I just knew……” It’s nonsense. Everyone knows it is.

I know listen to and review a lot of power pop, pop rock, call it what you like. I didn’t start off listening to Geoff Palmer or Brad Marino. The road goes like this.

Young music geek gets into Bon Jovi in a big way. Then GnR and then Poison. All the while there’s a Springsteen thing going on, and they are all talking about a band called Cheap Trick in interviews. So young music geek goes to the library and finds some stuff.

It’s ace. Of course its ace. One of them plays a guitar with about 23 necks for goodness sake! Then you start looking. You come across Fountains Of Wayne. Then one day, you find a single in the record shop called “Pretty Please Me” by a band called Redd Kross – it’s a cover, but you don’t know that. It might just be perfection to be honest. It gets mentioned in reviews about five times a month.

That is a) how it works in the real world and b) why “Behind The Door” is such a big deal to some of us.

The PR buzz around “….Door” is that its their first album for 10 years. You can kind of forget that, to be honest. The McDonald Brothers have been piloting this band when they feel like it since the early 80s and albums have been sporadic anyway.

Then there’s the thing about Dale Crover playing the drums. Lots of fun, but he’s been in the live band for ages. So despite appearances its business as usual for RC, and that, in truth extends to the 11 songs here too.

“The Party” basically sums the band up. Harmonies. A crunch, though, and a piercing lead guitar. All put together with a fuzzy bass that doesn’t sound like it came out this century. Imagine if The Monkees made a new album, then I am here to tell you it might well sound like this.

“Fighting” is better still. Almost punk and absolutely where Silver Sun stole their tunes from, it’s a glam rocker that you just cannot – or should not – resist. The title track is built around a funkiness from Steven McDonald, but the piano adds a real barroom touch to its insistence, and although “There’s No One Quite Like You” is slower, it is nonetheless aptly named.

Why? Well, because there are loads of bands that sound a bit like Redd Kross – and vice versa – but no one does it quite like this. A world, a little like The Hold Steady of in-jokes, recurring themes and delivery that is just a bit off kilter.

“Ice Cream (Strange And Pleasing)” is happily psychedelic, like it wants to be left at Woodstock, while “Fantastico Roberto” is Weezer-ish, but its probably best not to delve too deeply into what it is about.

The male/female dynamic on “The Party Underground” involve Anna Waronker of That Dog (she’s also Steve’s wife) but crucially it features some superb lead from Jason Shapiro and is probably the best track here.

This, basically, is unashamed pop music. “What’s A Boy To Do” is timeless, it really is. “Punk II” is like a glitter cannon shooting Skittles all over the place so Technicolor is it, and “Jone Hoople” sounds – and this is not a shock – a bit like another band called Mott The something or other. Ian Hunter would be proud, that’s for sure.

“When Do I Get To Sing “My Way?”” is a cover of Sparks, but honestly, it sounds like Redd Kross, and so, actually does “Behind The Door”. If you loved them before you’ll love them still, and it would be fantastic to think that some kid somewhere will start to discover loads of cool stuff as a result of this. It’s a lot of fun to do. And this is a lot of fun to listen to.