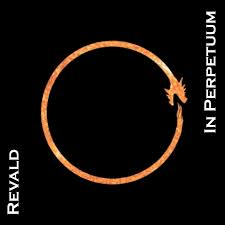 Donnie finds what might just be the next great guitar hero.

It’s not unusual for MAXIMUM VOLUME to be surprised by the quality of the demo’s, albums and tracks that we get asked to review.  It’s also no shock to find out that many of these bands and artists already have quite an underground following.

What is a rare occurrence in the MV offices is receiving MP3’s of an artist or band that it seems no-one has heard of, in this case it’s certainly that’s what a quick google search would lead you to believe.  This means then that MV may well have discovered a band/artist right at the beginning of their journey.  Something normally only mates and family have the privilege of being part of.

It’s with great pleasure then that we can introduce you to the Danish guitarist/instrumentalist Anders Revald.

Hailing from a country that spawned amongst others Mercyful Fate, Volbeat, Illdisposed and 1980’s rockers White Lion.  Also, of course, we mustn’t forget Denmark’s most famous tub-thumper Lars Ulrich.  It’s a rich and varied musical country and its heritage that is not lost on the talented Revald.

On first listen you may believe the main inspiration to come from fellow Scandinavian legend  Yngwie Malmsteen or arguably, or definitely in my opinion, the finest guitarist on the planet, Joe Satriani.

Whatever his inspiration he’s a man who has learnt his trade.  Nowhere is this more evident than his ability to know when to reign in his showcase skills and serve the song.  It’s a skill that Satriani has displayed throughout his career and a lesson that Revald has taken onboard.   His guitar wizardry is in perfect balance with the rhythm and feel of each track which means he avoids the common problem of talented guitarists “over-playing”.

The opening track from the first instalment of an ever-expanding album/vision entitled In Perpetuum, which grows as each track is completed and currently sits at Chapter One1 consisting of five tracks and Chapter Two which currently houses two completed works,  displays this perfectly.  “Cosmic Surfer” embraces the Satch template and takes the listener on a rollercoaster journey through the imagination of its creator, an imagination it appears that has no limits.

From the fast paced swirling upward flow of the opening to the free falling descent of the mid-section before returning to its beginnings.  Overall a fine example of craftsmanship and whets the appetite nicely for what is to follow.

“Dragon’s Passion” is up next and it’s a significant change of pace and direction.    Dual layering on the guitar elevates the sound and brings it to life whilst the beat remains consistent throughout and that in turn allows some short snippets of shredding excellence.

Revald has developed a style that is clearly his own, although not without throwing in many shades and shapes from his heroes.  That’s the way it should be.  Showing respect to those who have inspired him but allowing his natural instincts to come through which keeps his music personal.  There is a progressive outlook to Revald’s music that ensures the listener that they are not merely listening to rock songs without lyrics.  The titles for each track will give you some idea of the meaning behind the tracks but it is for the listener to decide upon how it is interpreted.

“Decompression” continues the theme that is now slowly revealing itself.

The standout track, if there is one when you take the album as a whole, is “Summit”.  A slow, almost languid,  opening for the first minute before opening up in a screeching solo, once the drums kick in and increase the tension,  that lays out in full the talent of the composer.  The mood of the piece sways between melancholy, in a good way, and pure passion that is released in the soloing.

“Fiat Lux” and “The Outpost” continue the excellent work particularly with the guitar phrases and lines.

In a nutshell this is a stunning piece of music that had MAXIMUM VOLUME demanding repeated listens.  Of course, with any project like this there are always little flaws and odd sections that might not quite work but it would be petty to start listing them here.

Whether the music you hear on offer will reach or touch the same it does its composer is up for question.  However, you will hear and find in the music what you want to find.  Revald has shared his vision but within his music, even briefly, you may also find your own.