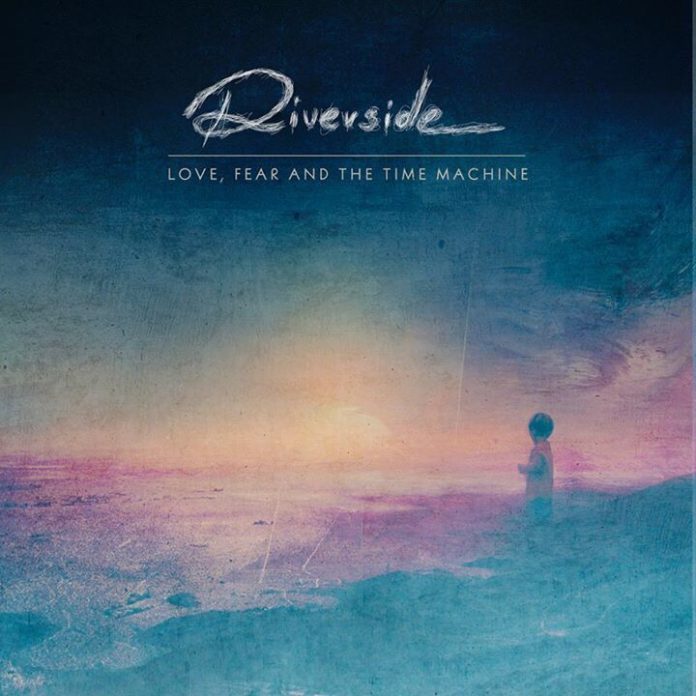 On their last album, the brilliant “Shrine Of New Generation Slaves” Riverside not only showed why they were Prog rock’s new stars in waiting, but also came up with the finest line on any record released in 2013. On its opening track, singer and founder member Mariusz Duda informed us that “No, I don’t have a stomach ache, it’s just my face.” And after we’d digested the full majesty of that, we got on with enjoying what was very much a stone cold classic.

Indeed, whilst on the opener this time there’s nothing to complete with that wonderful self-deprecation, there is the title. There aren’t many songs called “Lost (Why Should I Be Frightened By A Hat)” but this is. More importantly it’s little short of majestic.

It’s classy, slow building, almost understated melody sets the tone for the record. Where some at the more metal end of prog go for bombast and rather live by the maxim of “if less is more, then think how much more more could be” Riverside look at things slightly differently. On “…..Time Machine” they opt for brooding, they deal in darkness even, but for the most part this is restrained and almost mellow.

Maybe it’s because they’ve done the heavy thing. 2009s “Anno Domini High Definition” took Riverside into Dream Theater-like waters, and the last one had its metal (ish) moments. Here, the quartet leave that behind and pretty much settle themselves into the hinterland somewhere between Marillion and Steven Wilson’s recent work.

There are some surprises along the way. There’s a funky little bass groove to “#Addicted” which is at odds with the lyrics being full of despair, as the track pulses with a bleak energy, while the short, stark yearning flowing through “Afloat” and the overt electronica of “Discard Your Fear” take the record to the outer reaches.

Largely, though, “…..Time Machine’s” skill is in writing what we might term as mini-epics. That is to say the songs here feel like they should go on for ages, but they don’t (at least not in prog terms). The brilliant “The Caterpillar And The Barbed Wire” for example, packs more into its seven minutes than most bands do on an entire album.

Towards the end there is an upturn in mood. “Towards The Blue Horizon” shimmers in on the back of lilting acoustics and is the best thing here as the band really cut loose, flick the switch and let their hair down on what amounts to a glorious jam. “Time Travellers” has echoes of Anathema as Duda opines “let’s go back to the world of 30 years ago/and let’s believe this is our time” over the stripped down accompaniment of guitar and piano and on the gorgeous, reflective closer “Found (The Unexpected Flaw Of Searching)” the singer concludes “it’s a lovely life,” and as the guitar work here sees the band reach for the stars, it’s impossible, for a brief second at least, not to agree.

Riverside are one of the most important in progressive music right now. The aforementioned “…..Slaves” was not just one of the best prog records of 2013, it was one of the best records of the year full stop. On “Love Fear And The Time Machine” they aren’t far off doing it again, which is some run of form, however you look at it.