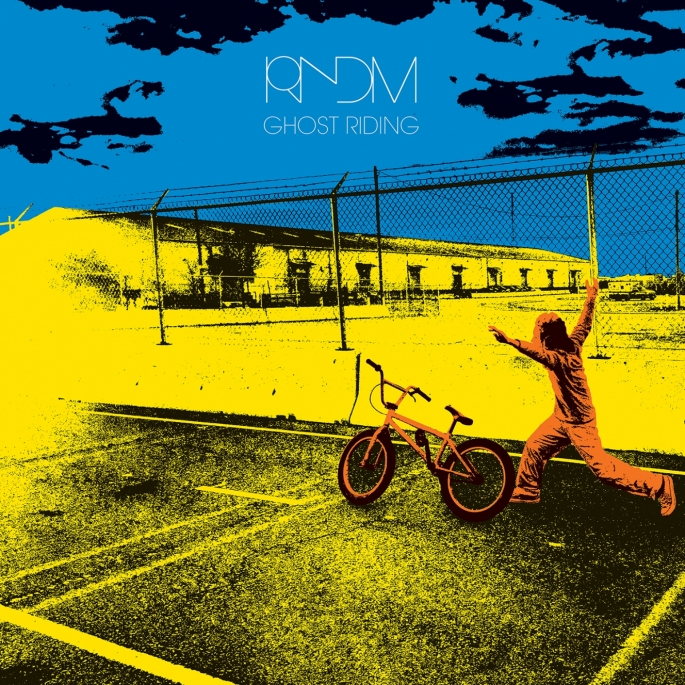 Although most people would assume this is Jeff Ament`s side project it certainly isn’t. Joseph Arthur is a well known solo performer in his own right, who has associations with people like Peter Gabriel. His live performances incorporate looping and several distortion techniques. He is an acclaimed painter and designer and has had a sleeve design nominated for a Grammy. Richard Stuverud is also a versatile drummer and has been much sought after playing in acts as diverse as power metal to Blues.

So I was really interested in listening to this offering as unfortunately their previously released album had managed to escape my attention.

The opening track “Stumbling Down” has a nice steady drum beat with an underlying guitar riff and accompanying bass and a strange occasional whirring sound which actually reminded me of the Flaming Lips. I know you shouldn’t go looking for comparisons with other artists but “Comfortable” is really reminiscent of the late great David Bowie’s “This is Not America”.

Title track “Ghost Riding” is a mellow ambient almost trippy tune, this is followed by the more upbeat almost anthemic “Got to Survive “ and I defy you not to be humming the words “We’re gonna die so we got to survive” for hours after this gets into you subconscious.

“Stray” is the single release from the album and I can see why, it’s a great slice of melodic rock come pop and will totally hook you in. I truly loved the varying range of vocals on this piece.

A more intense ballad in the shape of “Stronger Man” follows, almost a soul tune with cracking backing vocals and a great guitar refrain.

“Trouble” is another slower track with heartfelt lyrics and a great hypnotic drum beat Words like “So long, hold on” kept on repeating in my head long after the end of this tune.

A wonderful almost dance beat is the base for “NYC Freaks” and Jeff’s bass comes to the forefront, with a nice trippy guitar refrain and Joseph’s mesmerising vocals layered on top. Just under four minutes of freaky heaven.

Another anthemic near sacred song is shared with “Kingdom in the Sky”, A real uplifting interlude.

If you come to this release expecting a version of Green River or Mother Love Bone, you’ll have to look elsewhere this certainly ain`t that. Nevertheless this is a superb piece of eleven very eclectic rock songs.

I was reminded of 10CC `s Godley and Crème, Peter Gabriel and INXS at times but maybe that’s just me.

This was a diverse, strange, eccentric album but at the same time uplifting, invigorating and truly exhilarating. These guys are top musicians in their field and this is a wonderful result of their talent.