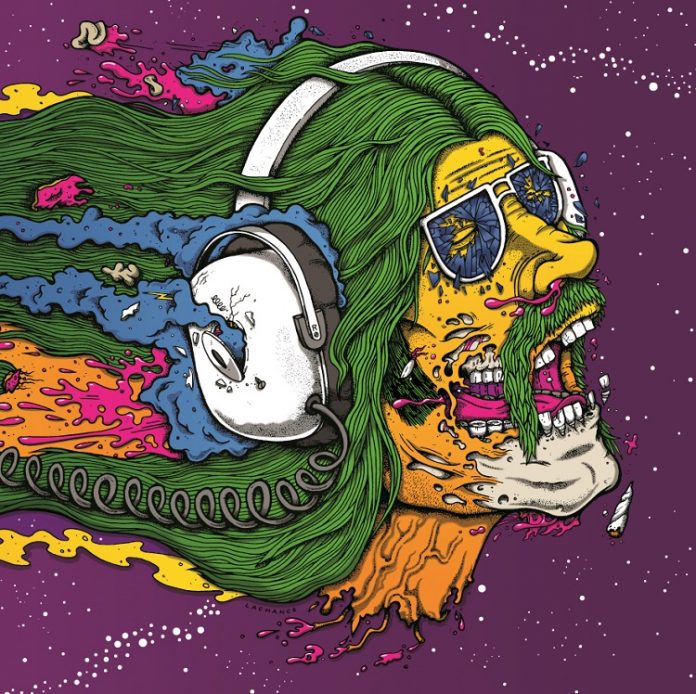 At the risk of sounding like some student teacher that wants to be down with the kids, or worse, when Tony Bliar (sic) reckoned his favourite possession was a guitar, I am just gonna say it:

Sometimes you just can’t beat a filthy riff going through a Marshall Stack.

“Tinnitus The Night” (clever puns are always guaranteed to raise a smile around here) is their eighth record, and if we’re being truthful, it essentially does what the other seven have done.

That is to say: it rocks. Like a bastard.

Around the mid-2000s I was playing an album in my car to a mate of mine, by a band that I adored at the time called the Crank County Daredevils (I think I proclaimed them “the most dangerous band in the world” and predicted megastardom for them, or something) and he said: “yeah, that’s cool and all, but have you heard Roadsaw?

They were on hiatus at the time, but now they’re back, if you haven’t heard them, you should. These 10 songs are why.

“Along For The Ride” starts mired in a load of feedback, but takes about 15 seconds to start slamming. Before the chorus Crain Riggs sings that you should “sit still and be quiet…..you’re just along for the ride….” And the inference is clear: you have no choice in this matter, Roadsaw are coming for you, whether you like it or not. Resistance is futile.

Remarkably Riggs batters the drums as well as singing, like some denim clad Phil Collins, but whatever is coming in the air here, is far more exciting.

“Shake” is like some Boston, USA take on the mighty Orange Goblin, and for all “Fat Rats” massive, strident grooves, there is a punk overtone to the way Riggs’ spits the title out – as if desperate to make his contempt for politicians (at least I assume its politicians…..?) clear.

“Final Phase” is two minutes 22 seconds of stuff to make Lemmy proud, as Tim Katz on bass propels the song. Special mention too – and not just here – for the thrilling guitar work of Ian Ross. The three are the core line up of Roadsaw and their dirty chemistry shows.

“Peel” is slower. But only so it can savour crushing you a little more, and “Knock ‘Em All Down” likes the idea so much it repeats the dose and does it again, and its almost as if “Find What You Need” says “right enough of that” and lets its hair down again. Starting with a solo is always fun.

“Under The Devil’s Thumb” manages to sound exactly like you wanted a song called that on an album like this to sound like, and if you have spent a while waiting for the psychedelic, Sabbath-like thing you always guessed was coming at some point, then “Midazolam” ensures you are waiting no longer.

Having a song called “Silence” is a surprise on an album called “Tinnitus The Night”. Whatever, it’s the last one here, and its an acoustic change of pace with a totally different vibe. Something akin to “Planet Caravan” maybe, but you might want to give a camping trip with Roadsaw a bit of a swerve.

Whether you’d want them as houseguests or not, “Tinnitus The Night” leaves your ears ringing and therefore has done the only job it had in this world. Brilliantly.