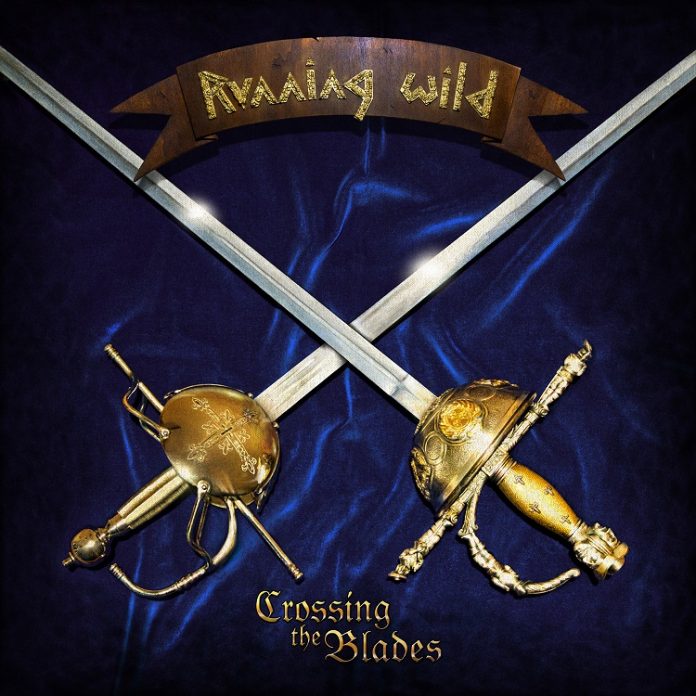 The very name, I suppose, conjures up history. Looking back.

And yet, there aren’t many true exponents of it.

Here, lets be clear, I don’t mean the likes of Manowar and their dungeons and dragons style romps, I mean the greats. The Maiden’s. The Saxon’s. The Priest’s.

The other week I was lucky – no, make that honoured – enough to be invited to watch KK Downing’s return to the stage. An utterly glorious evening that in many ways was simply a celebration of Heavy Metal.

Running Wild, are cut from the same cloth. They know their way around the classics, but also there are not many better bands who are still proud to be out there on the frontline, making this music.

This is a four tracker, essentially to bridge the gap from their last record, “Rapid Foray”, to their next one, due out in the summer.

And I mean this as absolutely no disrespect when I say: there’s one cover on here, but so well is the classic sound nailed throughout that, I did wonder if the others were too.

The title track, is a prime example. “Crossing The Blades” is going to appear in a different form on the album, but anyone that loves Saxon is pretty much going to lose it as soon as the intro kicks in.

But it is far from the only time you understand just how good Rock N’ Rolf and his boys are. “Stargazed” sounds so much like it  could be a Dio era Rainbow tune that I actually looked up to see if it was. For my money, the best thing here, if your fist isn’t in the air when the chorus hits then, either check your pulse, or you don’t like metal.

Likewise, the last one here “Ride On The Wild Side” starts with a solo from Peter Jordan, and manages to sound a little more modern than the others. Indeed, bands like The Rods – who would be obvious contemporaries – would do well to learn how to stop being overtly dated by listening to this – and goodness me, the solo is filthy sounding.

There is one more. And this is the one, actually, that made me wonder if all the “bonus” songs here were covers, but it wouldn’t have mattered if they were, because they own “Strutter” too, to be honest.

How good is “Crossing The Blades”? Well, Rolf Kasparek has a lot to do to live up to his nickname of “Rock n Rolf”. This manages it with ease. Forget pining for a new album, there is enough here to keep you thrilled for ages.