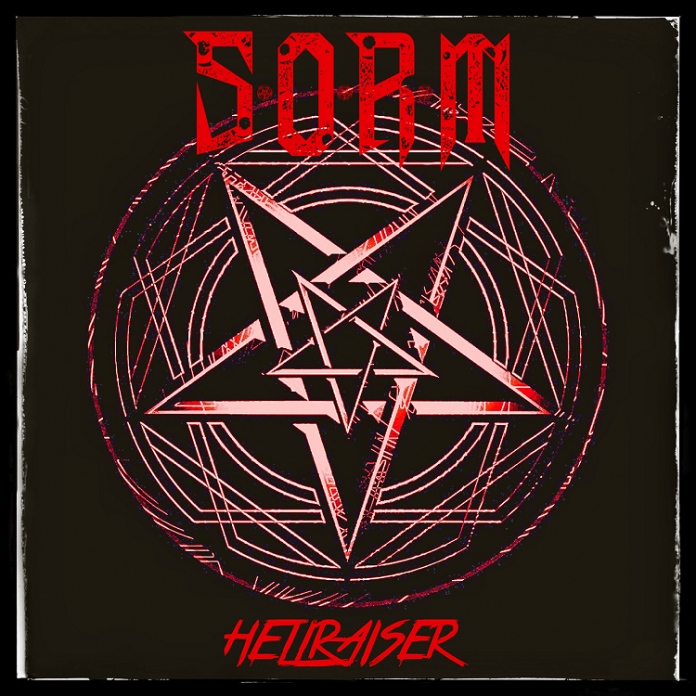 One of they teach you when you do a degree in Journalism (I swear I have one, despite what my reviews might indicate) is “never assume knowledge”. That is to say, that just because I might be able to reel off every Backyard Babies record from Diesel and Power onwards, it doesn’t mean your audience can do the same.

On some occasions that’s easier done than others. For example: S.O.R.M released “Hellraiser” in 2018 – and I am going to skip right ahead here and assume that you didn’t hear it then, either (if you did, kudos!)

I am also going to assume that if you look at the cover, you will imagine – as I did – that this is some galloping speed metal, think Striker or at the very least one of those myriad bands that essentially does an Angel Witch impression.

And, whilst across these four songs there are elements of that sound (and I live near Birmingham, UK, where we invented it, so it’s cool), there’s a lot more going on than that.

“Gypsy Queen” arguably is the most “metal” as it were. The title might be pure sleaze, but the sound owes more to W.A.S.P (and if we all know what that stands for, then I am not sure about S.O.R.M.) – and actually, Blackie’s boys are a name you keep coming back to.

“Brick By Brick” adds something a little more epic. Somewhere between Symphony X and Judas Priest, it is the work of a band with plenty to offer – and perhaps the darkly brooding moment of the whole thing, really.

The title track is back to the W.A.S.P ….urmmmm…..buzz, but to it listen carefully and there’s enough 70s sounding vibe, enough Deep Purple if you will, to keep anyone interested.

As for the last one. Well, you, me and next door’s cat have heard “House Of The Rising Sun” a million times, but it has to be said that the way this builds makes this an exceptional version. You never thought it was a metal song, did you? These boys did.

So, as debut’s go, this is a cracker. Plus you feel, listening to it, that they are only getting started and there is a lot more to come.