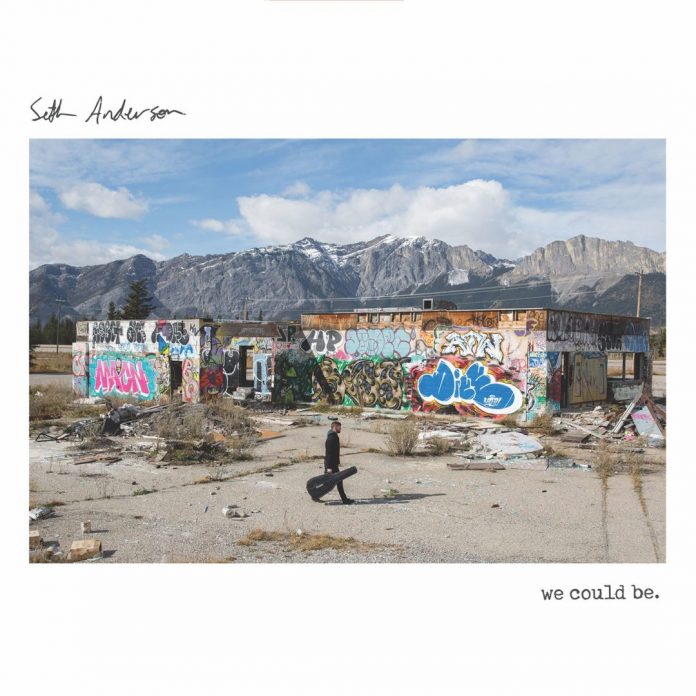 You don’t really want to intrude on someone’s grief, as we all grieve in different ways. But Seth Anderson puts his feelings right at the front and centre of “We Could Be.”.

He sent the album with a note that said: “I wrote a lot of the songs on this record during my father’s fight with ALS (Lou Gehrig’s Disease), and throughout my grieving process since he passed away. I’ve always tried to be a positive person; going through this has challenged a lot of things that I believed to understand about how life/our world works.”

As someone who lost a mother way before I should have, I can relate. I reflected a lot, and went to more gigs (and we’d always done a lot anyway). This website came along a few years later, but had it roots in that.

Frank Turner’s “Long Live The Queen” will always be inextricably linked to that time for me, and I suspect, without knowing him, that the acoustic led “Finding Bliss” will be just as cathartic for the Canadian. Dealing with a note that Mr. Anderson Snr wrote to his children, it is touching, but moreover it is a brilliant song.

It’s interesting too – not being familiar with Anderson’s work previously – that has a totally different feel to the song that starts the album and proceeds it.  Here, “Drive Alone” the wonderful opener has me reaching for my Gin Blossoms back catalogue – and praise doesn’t get much higher for this type of thing.

“Take Away The Sad”, which makes that positivity flesh, has a sort of Americana shuffle, and you are left wondering exactly what type of artist Anderson is. Is he the blue collar rocker, the singer/songwriter, or does he belong in the dirt roads?

Yes. All of them apply.

“Don’t Stop” is even a little bit of soul. Piano informs it, certainly and his vocals find a higher range, “My One Belief” sees him bang on that acoustic, raw and solo, while “Highway Lights”, like so many songs before it, does it’s chugging, guitar thing. Fans of those mid-90s bands like the aforementioned Gin Blossoms, and maybe Counting Crows  – and for me the incredible Marah who came along a little later – should stop here for a while, and the way the hook of “take me now I just wanna live” melds its way in is impressive.

The title track, which tellingly starts with the words “don’t want no early grave, don’t want no swinging noose” is helped by its fabulous strings to pierce the sound and “Your Son” brings the country tinges that have been around throughout, right to the fore.

“Life Without The Fight” is a bit of a left turn. The Replacements would be happy with its punky overtones, and the ballad “As A Ghost” balances that superbly.

A record that you can’t ever second guess is ended by “All We’ll Ever Need”. Just Anderson and his guitar, it is not typical of the album as a whole, but yet in a way it is. A songwriter that has much to say and especially when it is as important as “We Could Be.” (the full stop is part of the title as if it is a definitive statement rather than a question).

Way back on “Finding Bliss” in the chorus, it says this: “one day in the bright lights he’d see my name, or people would feel the words I sing”.

Time will tell on the former. The latter? For sure.