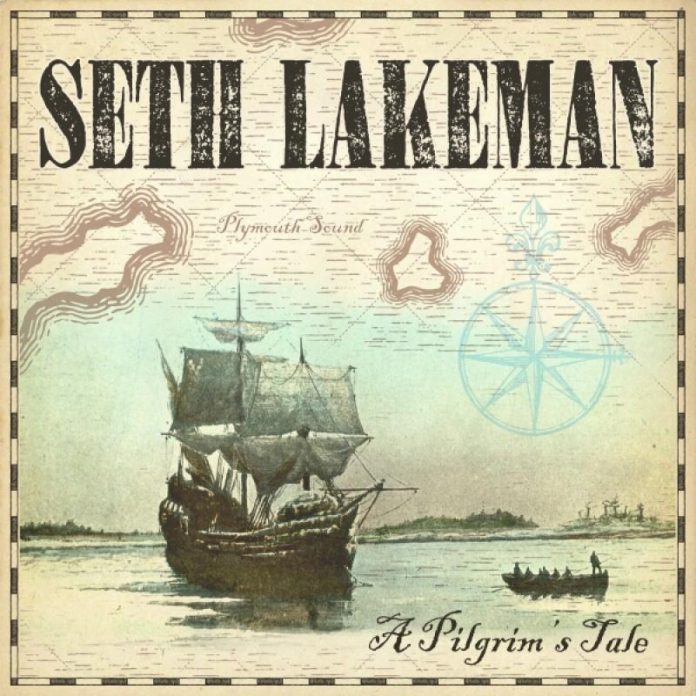 Usually – and I know this makes me seem like a bit of a Luddite – when I am confronted by a concept record, my eyes glaze over and I go: “yeah, ok,  but are the songs any good?”

That’d be pointless here, because “A Pilgrims Tale” only works as the whole package. The whole story, if you will.

2020 marks the 400th anniversary of the sailing of The Mayflower from the shores of Plymouth to the USA, and that, right there, is “…Tale” too.

In many respects it’s the perfect subject matter for Seth Lakeman, even his full band stuff – not least the astonishingly good 2018 album “The Well Worn Path” is hewn from the Devon rocks, the moors colour it, the rugged landscape provides its backdrop, so such an historic event was bound to pique the interest of a songwriter who always has some interesting perspective.

If this is an ambitious project – each of the tracks is narrated by actor Paul McGann – then it is one that sees Lakeman absolutely back to his folk roots.

There is something of the silver screen about “Watch Out”, which is the start of the story, and that is a feeling that never really leaves throughout.

Some of the violin playing here, and the musicianship in general, is wonderful. “Pilgrim Brother” has something of the Celtic about it, and “Westward Bound” sounds genuinely mournful, evocative of the mist rising from the sea. I think (and not being a musician, this is a guess) that this is built around Lakeman playing the Harmonium. Even if I am wrong, then it sounds magnificently downbeat.

This, it seems, is a labour of love for Lakeman – who plays most of the instruments here. The Acoustic guitar on “A Pilgrims Warning” takes things down a different route, and the harmonies of Cara Dillon (his sister in law, of course, but with a beautiful voice in her own right) make this one a highlight.

“Sailing Time” is the bleakest sea shanty there ever was, but “The Great Iron Screw”, which follows it is something else altogether.  It has just a hint of The Levellers, and I didn’t think I’d be saying that.

The deeper “Dear Isle Of England” exemplifies the desperation that must have been felt, it does so over the most “folk” sounding track on the record and as the story gets bleaker, then so does the music, with “Saints And Strangers” rather proving that.

“Foreign Man” moves us into the spring with a sense of foreboding, built around Ben Nicholls’ upright bass, and the duet of “Bury Nights” really gives a sense of the horror that must have been felt.

Without making this all about the story and trying to concentrate on the music, there accord that was achieved is shone through “The Digging Song”, while the filmic feel even allows for “The Mayflower Waltz” to be instrumental, as if to allow the credits to go up, or to reflect on what you’ve just heard.

I have tried to keep to the music, and you can enjoy this as just a piece of music – albeit one best thought of as a “whole” rather than having stand-out tracks – but it piques the interest in the story too. Like most kids my age (a couple of years older than Lakeman) I did this at school. I know a lot more about it now.

A challenging piece of work, one that needs listening to properly, but if you do, “A Pilgrims Tale” is a journey with rich rewards.