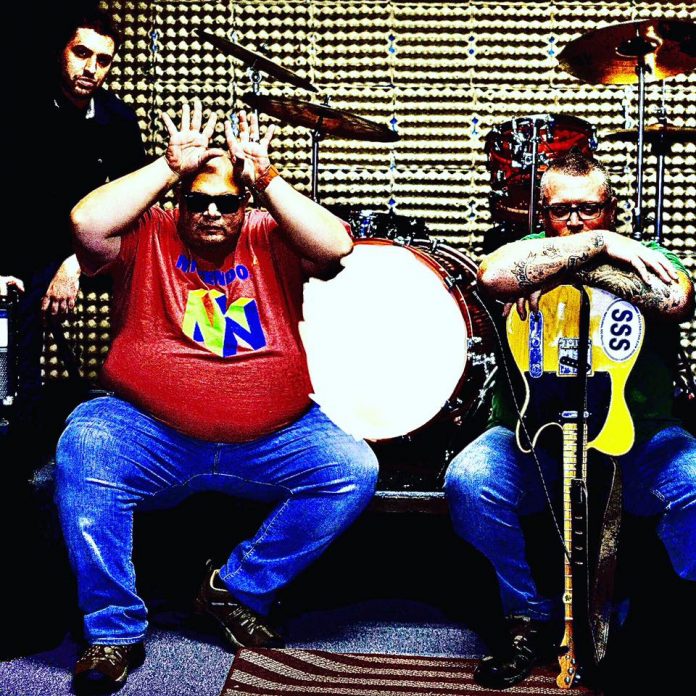 Shane Gentry, it must be said, is a man of few words. On his email at least.

In an age where every shit pub band wants you to review their album, cos “we’ll be massive” and are “stoked” with the new stuff, there were two reasons to love Shane and The Dalabills.

Number one: This is what it said, in full. “My band is called Shane Gentry and The DalaBills. We recorded at Boiler Room Studios in Raleigh, NC. Corey Lowery from Seether mixed it and Chris Bishop from Crobot did the artwork.

Number two: he sent it from his work email. No problem there except there aren’t many rock stars – or prospective ones anyway – that email from a Dog Training Parlour.

To be honest, even if this was the biggest load of crap I’d ever heard I might have considered reviewing it just for those reasons – and goodness me, a veritable member of the Godlike Crobot too? Sorry, Chris, you’re third on this list.

“Get Us To Sweden”, though, is about as far removed from “crap” as you can get, because these six songs are absolutely brilliant.

“Hurricane” I’d listened to twice or so before I realised what it reminded me of. Rival Sons, that’s what. The good sort though. From their early or most recent stuff, not the mystic nonsense inbetween.

“Granny Cornbread” is actually a lot less ludicrous than the title. A bluesy lament on times gone past (and ok it rhymes “minute” with “skillet”) but it’s key point is this one: “along came progress, but you can’t live there,” and if this is from the past, it is proud of them values.

And rightly so too, considering this is one of the best southern rock tinged album’s I’ve heard in a good while. “Downtown” is glorious, and Skynyrd, if they’d written it, would have another wing on the mansion.

Best of all, however, is the wonderful “Life”. This is the one with urgency. The swagger, and the hook you find yourself singing at 3.30 in an afternoon at work. “Sometimes I push, sometimes I need a shove”, to be clear got me funny looks.

This is just fun, and somehow it sounds slightly sleazy too, but the guitar work on “Crawfish and Cabbage (With a Side of Red Onions)” a brilliant instrumental, marks it out as special, while “20.48” is rough edged, blue collar stuff that if you like Molly Hatchet, or Skinny Molly you absolutely need in your life.

And that’s all I know, really. Sometimes, though, there’s no point in complicating shit that doesn’t need complicating. Enjoy? Well, thank you, we did.