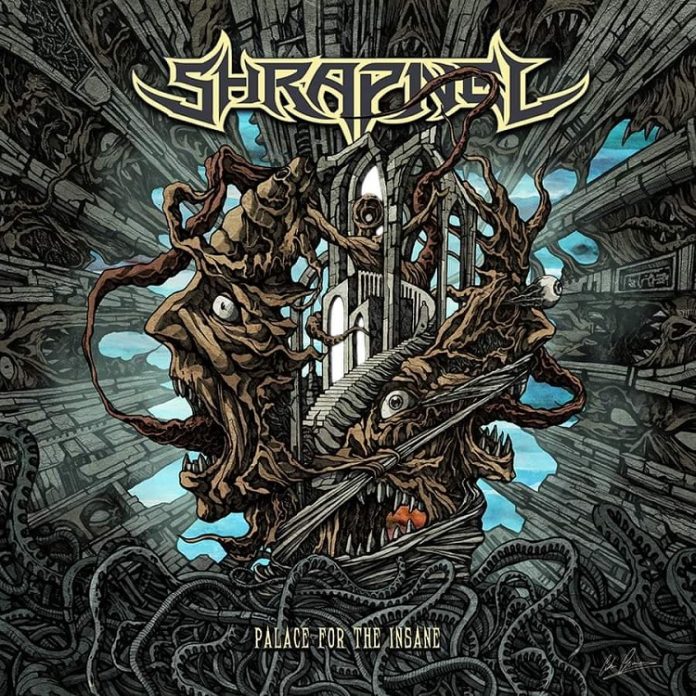 I remember going to Bloodstock in 2013. First time we’d ever been. My mate – way better at organising things than me – is the type that goes to a festival with a list and a spreadsheet of bands he wants to see. Me? Just turn up, see what happens.

The first day we were there, the Friday, we were driving there and he says: “You’ll like this band Shrapnel, on later today, from Norwich.” There are very few people that I trust their recommendations, he is one.

I then said perhaps the stupidest thing ever to come out of my mouth – and there’s been a lot like: “this Harry Kane, I am not having him, one season wonder” when my lot beat Spurs once.

“Mate”, he replied. “They’re called Shrapnel, what do you think…? They are a thrash band….”

The purpose of that story is two-fold. First, it makes me look as stupid as I really am, but second, it allows me a punchline.

Something like: “if you could second guess them seven years ago, then try now.”

Almost, but not quite.

The thing about “Palace For The Insane” is that it is fabulous, their best, most nuanced album, but its also their heaviest, and probably less thrash and most “metal”.

There’s an obvious reason why, perhaps. A settled four-piece, a new bassist/vocalist in Aarran Jacky Tucker, but it goes deeper. It’s the ambition in work like “Might Of Cygnus” the almost seven minute statement (you can’t really call it a song) that they open this with. Brilliant, and the fact that Tucker is clearly a more versatile singer than they’d had before (which isn’t to disparage anyone, more to state a fact) means this is Sylosis one minute and Kreator the next.

“Salt The Earth” proves this to be no fluke, and its like they’ve upped it a notch, everywhere, even the withering hook “I’ll salt the earth on which you stand” sounds angrier than before, somehow.

Chris Williams’ drums in particular crush here. Everywhere, but never better than on “Vultures Circle” and the guitars of Nathan Sadd and Chris Martin sound beefier too. “Cannibal” drips with a malevolence and the machine gun riffery of the track is absolutely unsettling.

An example of the expansion of attitude, of the sound perhaps, is shown on “Begin Again” (about the loss of a close friend) which builds, slow, and isn’t afraid to have a real dynamic either, while “Bury Me Alive” gets into the bit and thrashes like a maniac, as if to show that it still burns.

If thrash is the bedrock here, then a word you keep coming back to perhaps more than ever is “hooks”. You’ve not been able to say that, maybe about Shrapnel too often, but on the wonderful modern sounding “Turn Out The Lights” their brave new world does not get better.

It is their most consistent and lyrically varied thing too, so whilst the guitars slash on “Infernal Choir” and “The Mace” is full of classic nods, the likes of “Violent Now, Forever” take the formula and do their own thing with it. Similar to the superb Havok record a couple of weeks or so ago, this understands the past, but wants to create the future.

“Future Sight” with respect to what they’ve done before is leaps and bounds ahead, and it’s everything that modern metal should be, and the riffs on the title track which closes this, plus the genuine confidence with which it is thrown out there, suggests that if this line up stays together, then it could be a hell of a next decade. If we are still calling this thrash, then it’s the best UK Thrash record in a long time.

So fired-up and full of ideas does it sound that it might as well be their first in actual fact. Maybe that ten year celebration they put out last year actually was a watershed. If this is Chapter Two, then dive right in. It’s insanely good.

Oh, and they were ace at Bloodstock too. They are just better now.