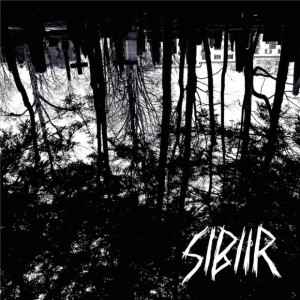 The band is but one year old but the members have much experience to drawn upon. Pulled from some of Norway’s finest underground bands, such as Sigh & Explode, Jack Dalton, Call Vega and Do You Love Melena?, its no surprise that their joint desire to expand into darker territory leads them into Sibiir.

The accumulative runtime for both tracks comes to nearly eight minutes. Not a lot you might think but it’s certainly enough time for this dark collective to vent their frustrations whilst simultaneously showcasing their destructive and oppressive talents.

The first track “Swallow And Trap Them!” is as bold a statement as a new band, ready to stamp their authority on the music scene, is likely to make. The sound of a band that has hit the ground running.

From the antagonistic vocals to the driving and battling guitars it’s a beguiling, if unsettling, opener that showcases different elements of their collective psyche from the off. Hardcore, post-metal and black metal all seem to be covered in just under five minutes.

“These Rats We Deny” is the second track and the controlled experimental nature of the opener continues apace with this brutally melodic and sweeping three minute epic. It blows the myth that three minutes equals three chords as the tempo changes and shifting sands would make Mastodon blush.

The debut album is in the works and it will be something worth waiting for on the evidence of these two tracks. Look out for Sibiir as in a country with too many derivative third generation black metal copyists, lacking the musical and social convictions of their forefathers, these guys offer something genuinely different and considerably more advanced.