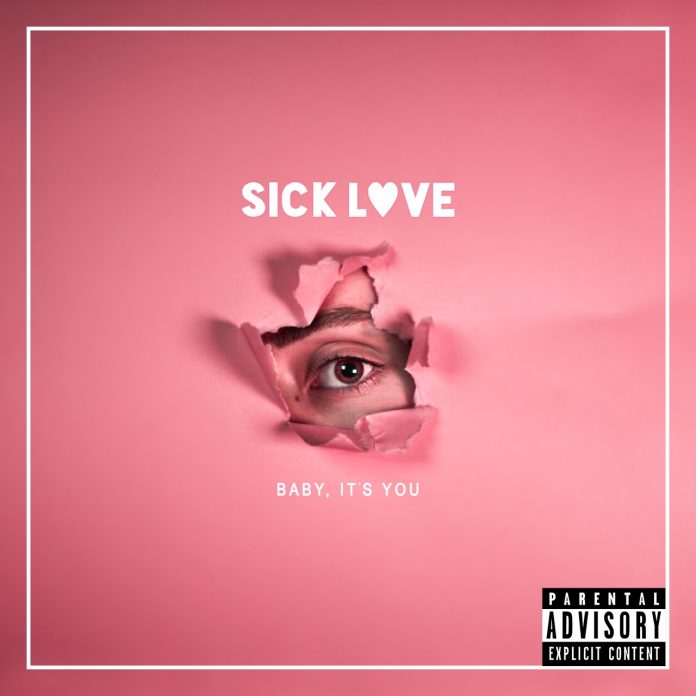 I was listening to Radio 4 the other night. The World Tonight was on, and on there, they were having an earnest discussion about the need for single people, once lockdown ends, to have a Corona Sex Buddy. Someone they could trust, and which would avoid the need to meet new people in the social distancing age.

Personally, although I am single I’ll give it a miss, what if you don’t like new people? Why does no one think of us? I think we have to be realistic here and suggest that when we are allowed of the house again, I’ll probably just review albums and EP’s until gigs start up and football lets a crowd back.

The rest of you, crack on, and to be honest, it doesn’t half sound like Sick Love could do with a bit of urgent relief.

“I Want You All The Time” sees the Dublin four piece give their secrets away. Singer Rebecca Geary has an expressive voice, and what she seems to be expressing here is lust. Lots of it. The music itself is a catchy glam slam. Modern, crunchy and fun.

They describe themselves as “rock” but that’s only partly true. “Bad Girl” in particular, has “Student Night Floorfiller” written all over it. Energy and a real confident sheen, there is a sheer visceral pleasure. Hedonism might be a better word in fairness. “My Man” is so full of beans its is like they’ve snorted sherbet dip, and the guitars fizz and crackle, while Rebecca suggests that “I don’t wanna behave”.

“Baby It’s You” is a collection that brings together their four singles. The last of which ends it, and “I’m So (Fucked Without You)” rather reinforces what you already know. This wants to get laid. Now.

That all being said, this is a band with a special talent too. There are hints of Puppy here, Sick Joy and all kinds of modern almost punk, and Sick Love are a band to keep an eye on, because there’s enough crossover potential – and sheer self-confidence – here to suggest big things are …..coming, as it were.