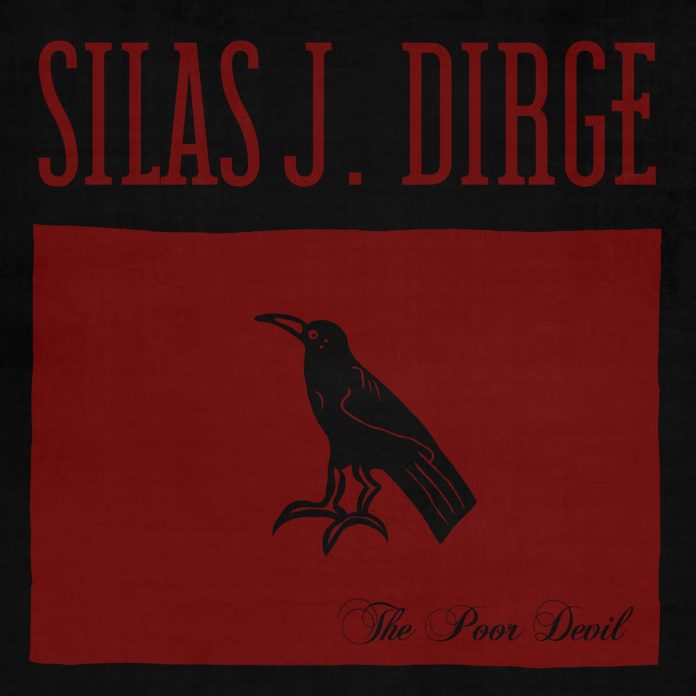 “I wanted to make a country record”.

Sounds simple, doesn’t it? But everyone knows there’s a massive disconnect between “want” and “can”. I mean, I wanted to marry Kylie Minogue.

But, not it seems, when you are Silas J Dirge.

“The Poor Devil” is the follow up to his “Tales Of Woe” record. A cracker of a thing that I only listened to after I was sent a copy of his “The Grudge” single (with Stovepipe) last spring.

This is an evolution. Not a revolution, given that if you enjoyed “….Woe” then you’ll enjoy this, but it is a different record.

For one thing the tales are dark, but not quite as macabre as the last one, but the opening line on the first track gives it away: “Oh hang me high, cos I wish to go, where I belong, in that place below.” And the rest of the record largely explains how you might end up there.

The music, though, is interesting. Something so familiar, so warm, so sparse about the acoustic strum. This is timeless, frankly. It is meant as a huge compliment to say that it doesn’t sound like this was a record released in 2021.

The whole vibe of the unsettling ones like “Hear The Roar (When It’s Black)” is to disconcert like Nick Cave at his best, the skill is in the threat, not the action. Likewise “Flowers On Her Grave” is right up there with the very best of the murder ballads. This is the stuff that Hank Williams might sing on Halloween around his campfire.

Dirge is a skilled wordsmith, too. There’s a real dark poetry about “Wolf In Sheep’s Clothes”, and even when he doesn’t say much at all – as on “A Land More Kind Than Home” (which in this context is effectively a film noir) even in the harmonies there is something truly evocative.

“Black Dog”, which is best thought of as The Be Good Tanyas having an audience down below, is one of those that means whatever you want it to, and the raw blues feel of “Devil’s In Town” is incredible. Sort of like Kelly Joe Phelps playing with Robert Johnson.

“I Saw A Snake” seems to be more personal, and has just a flavour or two of MV fave Amigo The Devil, a word of warning though: if you are of a nervous disposition then don’t listen to this one in your headphones at 1am. Just trust me, yeah?

“Reap What You Sow” is another fabulously dark weave, and you must mention here, the fact that Dirge’s voice is perfect for these songs, it really is, and the lengthy ending tune “Dolly Shot” pulls you into its rather nightmarish world, before it turns into a folk song that lurks around the edges, without ever really entering the fray, as if it knows the real fun is always on the outside. “I am my own shadow,” he sings on the last line. Perhaps he can’t escape himself, perhaps he doesn’t want to.

He did though “want to make a country album” if you recall. I’d argue that on “The Poor Devil” Silas J. Dirge has proved that wrong. He didn’t want to. It was a need from deep inside. That’s why this is so very, very good.