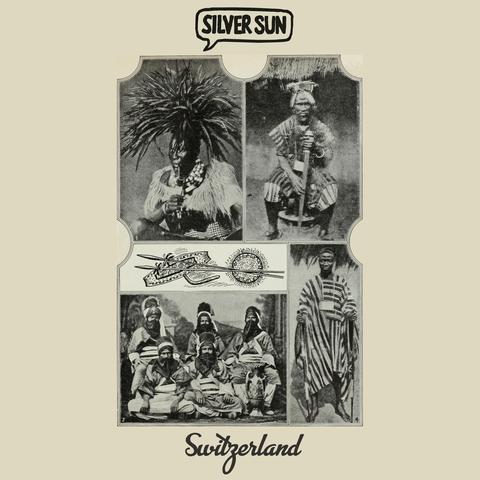 It’s hard to overstate the power that rock magazines used to have, in a bygone era that we must now refer to as “back in the day” as if anyone knows what it means.

Kerrang! Would come out on a Wednesday, we’d pour over the reviews, and on the Saturday, two or three of us would go up to Tempest Records and Reddington’s Rare Records in Birmingham and relieve ourselves of our wages buying the stuff we’d read about.

The mid-90s was a glorious time. In my case, I’d got a job, I had money for the first time ever. I’d passed my driving test, meaning we could drive to gigs that weren’t just a bus ride away. Places like Wolverhampton seemed exotic. No matter, we were discovering all kinds.

That era seems to always be encapsulated by four bands, more than any others. The Wildhearts, Backyard Babies, Three Colours Red and one more.

They were the result of a glowing single review, and one day in Tempest: “I’ve been reading about these, think I’ll buy it mate…..”

That single was “Golden Skin”, the band was Silver Sun. They were the perfect mix of Cheap Trick, harmonies – and at the risk of sounding like a massive hippy – hope. And for the next six or seven years the three of us – if we may paraphrase one of their songs – saw them around. A lot. Their second album “Neo Wave” finished with an anthem for me: “She only wants you for a friend, I keep telling you, its just another dead end,” had more significance than I care to admit. Although they never quite hit the big time the way they should have, we loved seeing them on Top Of The Pops, we loved seeing them on Never Mind The Buzzcocks, it felt like one of our own was there, and even if they were off the major label by then, I would still argue that their song “Bubblegum” from a few years later is the finest power pop song ever written.

But this is no longer just a history lesson. It’s funny how things turn back around, because the same person I was with when I got “Golden Skin” text me 23 years later the other day with one that started: “Did you know Silver Sun had a new one out…..”

I didn’t (I text the other one of the record shop three, to proclaim the news, as it goes) but I do now. And “Switzerland” (their first in 7 years) is so utterly glorious, incredibly life affirming, that, well, to use a horrible cliché, it is like they’ve never been away.

Nine of its 11 songs are James Broad solo. It starts with one that isn’t. “Earth Girls Are Easy” saw Richard Sayce and Paul Smith from the band join him (so does “Original Girl”) and if you loved them then, you’ll love them now.

“…Easy” has everything they ever had. Crunch, melody, harmony, a solo that seems to be punk rock (not for nothing to does the back cover say “no acoustic guitars were used in the making of this album”).

Broad always had a gift for writing lyrics unlike anyone else. I remember seeing an interview with him where he said he’s been asked to write for a major pop artist and he couldn’t. Shame, because it would be fabulous to hear Myley Cyrus singing “Fireworks”. You hear the chorus. “My mum told your mum, that you’ll know, if it isn’t Cathedral City then there’ll be fireworks.” Without thinking and after a couple more you think: “Christ, he’s writing about cheese!” And he’s made it the catchiest song you ever did hear. That, in my book, is genius.

Look, everywhere you turn on “Switzerland” there is a solid gold nugget of something perfect. The energy of “Needle In The Ball Pit” is wonderful. Oddly, that seems to sum up their sound. The happy music with the words something totally different. “God Room” is a 70s glam rock lament on cults (I think), and it possesses a quite incredible couplet: “She’s no Koresh, she’s still a mess”.

“Photograph” (those hoping for a Def Leppard cover are out of luck….) is as close as this gets to balladry. It is surprisingly tender, and a timely reminder that they really were anything they wanted to be.

“Big Wheel” bottles of the essence of the debut record. It’s the chug you see, they always chugged, “Pull Me To The Wonder” has a real punk thing going on, fans of Christine Keeler era Senseless Things may well be drawn to this.

“Chain Of Command” is a prime example of the way the worlds clash. The words and music shouldn’t match, but my how they do, and there are power pop bands the world over who are still searching for something that Broad makes sound effortless.

I like to think that “Over Me At All?” Is about the same girl that “Dead End” was, just revisited a quarter of a century on. It is as far as I am concerned, anyway, while the other “band” one, the aforementioned “Original Girl” is like The Beatles jamming with The Sonics. Garage punk with harmonies.

“Switzerland” is just less than 30 minutes long. It doesn’t need to be any longer. It is like the explosion of fizz when you open a bottle of pop that you’ve shaken up. A visceral energy. And the last one “Love That Body” is a perfect insight as to why. Riffs and solos pass by in a blur. Then there’s the words: “I am a six in New York and a seven at best.” Before the clincher: “gonna get in the Uno and drive to the end of the world.”

Silver Sun are a band that whilst you pick out their influences – they don’t hide them – they have always had the spark of originality. The ability to sound like no one else. As one of the lyrics here puts it way more succinctly: “I am not a delicate soul, just wired up to a different diagram.”

I’ve listened to this album a lot over the last few days. I have thought about the ending to this review nearly as many times. Is this for nostalgia? No. Is this based on my love for the band? No. Frankly, if this record was awful then I wouldn’t love their other ones any less.

So it is with some certainty that I conclude this. It just took me over a 1000 words to say what I should have done in one sentence: “Switzerland” is the album of the year.