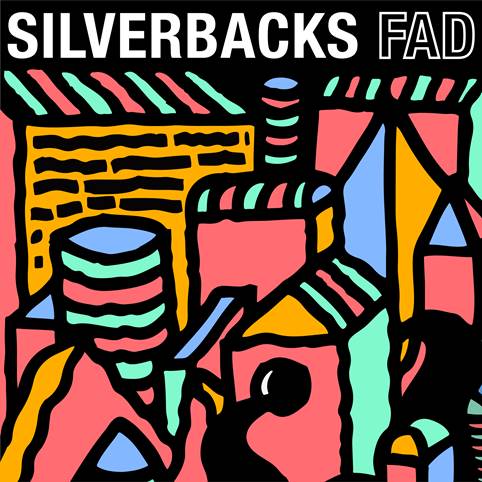 Another week, another band outta Dublin. What the hell is in the Liffey water these days?

“Dunkirk” kicks us off and it`s a sort of spoken word diatribe over a hypnotic bass line and drum beat with occasional forays into intricate guitar riffs. The title subsequently inspired an imagined scene of a man in the near future having a midlife crisis in a beach resort built on a former warzone. Similar follows with ` Pink Tide` but with vocalist Daniel O’Kelly singing the lyrics over very rhythmic quite mesmerising triple guitar riffs supplied by Daniel, Kilian O’Kelly and Peadar Kearney.

There`s a fairly political invective with `Drink it Down` with lines such as “That wasn’t Jesus that was just some f****r in a dressing gown”, a song that urges us to accept that every generation has some blood on its hands when it comes to how more affluent countries have attained their status on the global stage. The track seemed to speed up as the narrative was almost forcefully ejected. I really don`t know how to describe `Fad `95`. It has such a soothing beauty about it. Gary Wickham`s repeated drumming is the cornerstone but musically it`s wonderfully all over the place with gentle guitar chords and adroit soothing vocals furnished to enrich this sublime number.

Emma Hanlon is not only the band`s bass player but a delightful vocalist in her own rite and shines brightly on `Klub Silberrücken` Apparently it`s a nod to a lost John Hughes film but regardless Emma trades vocals with Daniel`s more bellowed utterings in a marvellous yin to his yang. A track i`m sure Belle and Sebastian would have loved to have written.

`Just In The Band` draws on tales of Bowie and Iggy Pop’s friendship, a harder edged offering that could easily have slipped into a set from James Newell Osterberg Jr circa 1977 around the time of “The Idiot” or “Lust For Life”. To me `Grinning At The Lid` was a strange one. At times it was bestowed on us almost in a detached fashion as if it were Lou Reed sharing it and then veered toward the post punk energy of Downpatrick`s finest Ash. An interesting clash of styles that works really well.

The group enjoyed a time practising Afrobeat and highlife guitar, which shines throughout “Muted Gold” which narrates situations in which women are continually inundated with unsolicited advice. There was a subtle Talking Heads feel about this piece. Once again Emma adds her rich vocals on “Up The Nurses”’ and running at under three minutes it`s a wonderful slice of radio friendly power pop.

“Last Orders”’ closes the album and it`s seemingly a Fall-inspired tale of escapism. A rhythmic offering with sharp spiky guitar riffs throughout. Although there are eleven tracks on this release, three are in fact musical interludes breaking up the album, `Dud`, `Travel Lodge Punk` and the most accessible being `Madra Uisce` or Otter, a nimble slice of acoustic guitar picking.

This is a superb debut from a band that seem to relish not churning out a particular style of music and this to me sets them apart from some of the seemingly “One dimensional” Dublin bands that have surfaced recently. There`s a sharp, acerbic, and savvy wit to their lyrics and having on tap two fine vocalists in Daniel and Emma there seems a bright future for this band. The title of the album “Fad” is defined as an intense and widely shared enthusiasm for something, especially one that is short-lived. This is definitely an ironic title as believe me this band will definitely not be a fad.