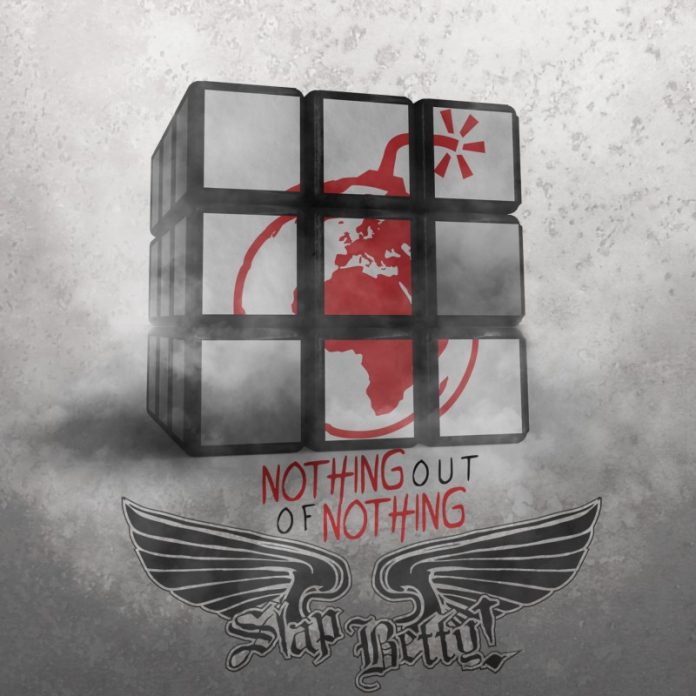 This, the second album from Finland’s Slap Betty, lays it’s cards on the table pretty early on.

The name Alexander Stubb, if we are honest, didn’t mean a lot to MVM (he’s the former PM and current Finance Minister of Finland, for clarification) but it turns out, he’s pissed SB main man Teemu off beyond all measure. So much so he’s constructed a song to tell him exactly that, and “World We Leave Behind” is a brilliant polemic, made even finer by the fact that if Backyard Babies had been angry instead of partying on “Total 13” it would have sounded like this.

Arguably even better is it’s even more irate follow up, the subtle as the boot to the nutsack “List Of The Things I Hate” which does exactly what it says it’s gonna do – even saying at one point that it hates the list of things I hate – over a soundtrack that would have shamed The Hellacopters.

Off and running now “….Nothing” ain’t stopping. Jesus, it’s not even pausing for breath, thank you, and “Bread And Games” decides the media isn’t exempt from the ire. Dear lord, if you thought birthdays might cheer them up then the AC/DC stomp of “27” promptly disavows you of that theory.

But then, just when you considered Slap Betty were only the soundtrack to your shitty Monday morning, then the country fried ballad “Perfect” provides light at the end of the tunnel. Largely though, this is fist clenching rock n roll and all the better for it. “Piece Of Me” isn’t far from the Almighty’s early records, and the absolutely filthy but strangely empowering “High Class Hooker” is quite simply the best song about prostitution since Maiden released “Charlotte The Harlot” all those years ago. Even here, though, the lyrics drip in social conscience as it includes the thought there’s “no human trafficking or any of that shit”.

All this fighting the system takes its toll, however, and even Slap Betty know you just have to let your hair down sometimes. To that end “Time To Get Wasted” just bursts with youthful exuberance. There’s even what might be termed a chill out song before the end, and “Shame” has a kind of loose limbed Dog’s D’amour vibe.

Finland has always excelled at rock n roll, but as Hanoi Rocks proved a couple of decades back, when someone adds a punk rock element to it, it’s all the better. Slap Betty deserve your attention, that said if they don’t get they’ll probably kick your head in anyway. Far better to get on board now and save time.