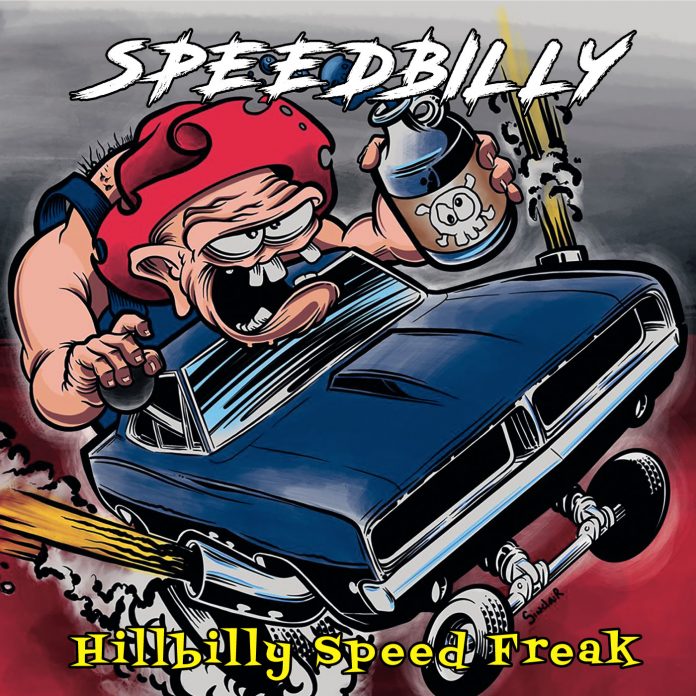 If you are going to call your band Speedbilly, you’d best make it sound…..

Well actually, let me begin this review with a question: what do you think an album by a band called Speedbilly and named “Hillbilly Speed Freak” is going to sound like?

If the answer is raw, filthy, like if Motorhead had been a three day bender and had been found in a ditch as they recovered by Zeke, then you might be somewhere close.

Because for all its many, many qualities, this 11 minute, four song ride is not subtle.

To the bands credit, they don’t take this shit too seriously – frankly you couldn’t – and their bio claims Moore “was raised on a steady diet of Molly Hatchet and Dual Exhaust. It’s no exaggeration to say his powerful vocals and fast fingered dirty bass lines will get your girlfriend pregnant…maybe even her mom too”. Good to know.

“Grave Digger” starts with bells tolling. It kinda sounds like an AC/DC song is going to break out, before it moves down the same greasy path as the rest. And whatever is going on in that cemetery I have no interest in knowing.

“Light Em Up” adds a more rock n roll boogie to things, but there is a Wacky Races type of unhinged fun to this, plus it sounds as raw as anything has since Robert Johnson sodded off to the crossroads and sold his soul.

I am telling you now that these four songs are so nefarious, Speedbilly are the boys that bought it off the Devil.