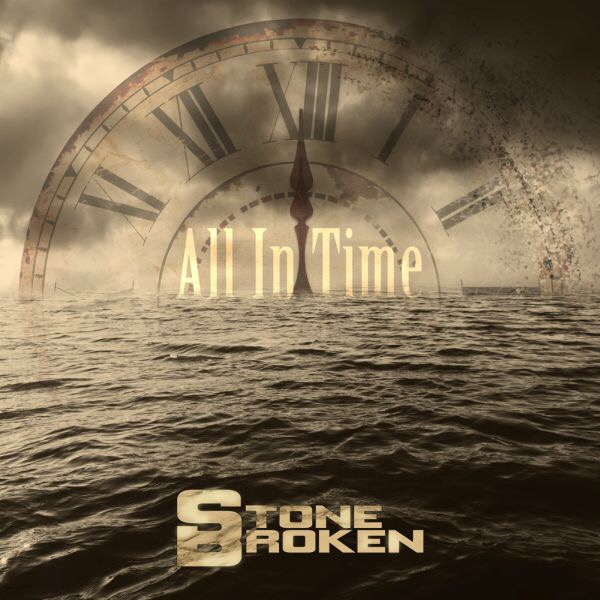 There’s many things that annoy MV. In fact, it’s probably quicker to list the things that don’t. But pertinent to this particular review are two musical affectations. One is the people who claim rock is dead and there’s never going to be any new bands filling arenas. These tend to be the same people who indulge in number two: that any band who does make it to that level must be crap. MV knows people who detest Avenged Sevenfold with a passion that should be reserved for some fake on X Factor, and you’d think that Chad Kroeger had stolen from his own grandmother, such is the vitriol that comes Nickelback’s way. Their “crime”, by the way, is nothing more than writing rock n roll songs that people like, with big choruses and bigger hooks. Which when you think about it, isn’t that bad a thing, really.

Anyway, in that spirit take a listen to the first one minute and 22 seconds of “Know Your Enemy” the opening track on “All In Time”, the debut album from Walsall’s Stone Broken.

Because, to be honest, it’s probably going to decide whether you like this record or not, as by that time, it’s had an opening riff, it’s chugged into its verse and it’s soared into its chorus. Along the way – and let’s be honest about it, as you’d imagine that Stone Broken will be pleased with the comparison – it’s sounded just a little bit like the aforementioned Nickelback.

A lot of them do – “Better” for example – and, as far as MV is concerned this is meant entirely as a compliment. This is arena rock on a local scale, but the massive intentions of work like “Be There” with its southern rock hook and fists in the air invitation won’t be constrained for long, surely.

Produced by Romesh Dodangoda (Motörhead, Sylosis) the thing sounds somewhere between massive and gargantuan. This is not a record, and this is not a band that fancies being in its local venue every week, thanks very much.

Even the ballad doesn’t do stripped back. “Another Day” wouldn’t be out of place on the debut Pearl Jam record and the “Save Tomorrow” does the quiet-verse-loud-chorus thing very neatly. Elsewhere, if we are honest, “All In Time” is essentially a 40 minute highlight reel. A record that’s big enough, polished enough and brash enough to burst out of its blocks with a cocky look on its face and a kind of “told you we could do it” attitude.

There’s no limping to the finish line either, in fact, if anything it gets a second wind. “Fall Back Down” is like Stone Sour without the naked aggression, and “Stay All Night” – one of a few old favourites that’s have made the transition from their EP to the album – is a whirlwind of hooks.

They say people don’t write them like this anymore. This lot smile knowingly and have an album full of them. Stone Broken have come up with a stone cold classic.