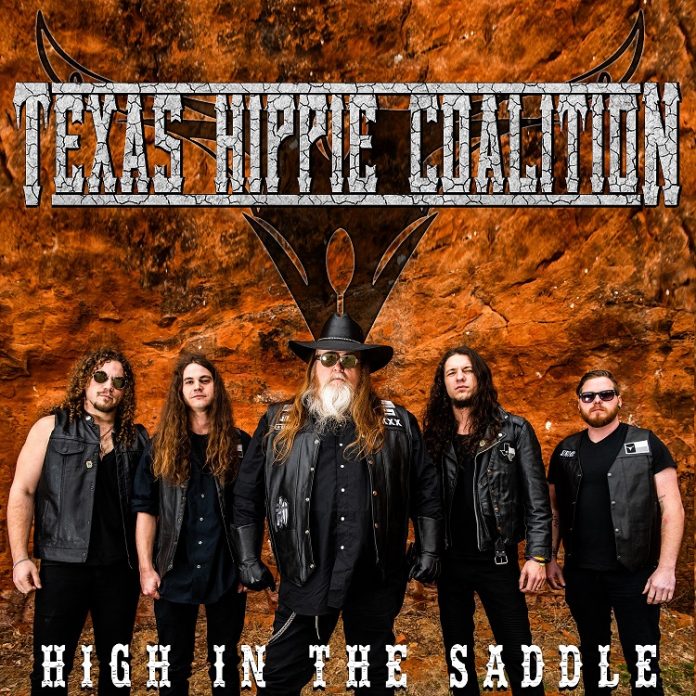 It’s got Tom Selleck in. He’s a police chief and all his family are also in the force or involved in law. Each show basically follows the same formula. Beat cop kid collars someone, detective son investigates and then rows with his sister the ADA for New York over a warrant.

I’ve seen every episode of this thing. Why? Because it’s the easiest watch on the world. Just because you know what’s coming, does it stop being entertaining? Hell, no.

Welcome to the musical equivalent.

Even if you’ve never heard Texas Hippie Coalition before (they call themselves THC for short……) then I am going to suggest that if you know anything about music, then you could take a look at the cover, the name of the album and band, and you could hazard a guess.

What’s more, you wouldn’t be wrong.

This is ten songs that sound, basically like it would if Zakk Wylde fronted ZZ Top and jammed on Skynyrd songs. I’d like to say that there were some surprises here too, but lets not lie to each other. Big Dad Rich ain’t sent the troops out to make a trip hop record.

It goes a little something like this: The first song is called “Moonshine”, it has a riff as thick as molasses and before the first chorus is done the Big Man is offering that “we carry guitars and a coupla guns….”

Track two, on the other hand, well, it’s called “Dirty Finger” and not only are you encouraged to wave it in the air, to let them know that you just don’t care, and also that the party’s right there, but it also sets the PC movement back about 30 years.

“your eyes, they look so inviting,” drawls Rich, “well, whatya know it could be the White Lightning……” which, despite yourself, you can’t help but love.

The same is true of the rest of it. On so, so many levels.

They share a producer here with Rob Zombie, in Bob Marlette, and there is actually something of an industrial thing going on throughout “Bring It Baby” – whatever they’re bringing sounds filthy too – while “Ride And Die” is a piano led ballad, but then, even in the Sons Of Anarchy there was a slow dance every now and again. And you’d best believe Black Stone Cherry would fancy a Gold Disc for this one too).

“Tongue Like A Devil” has a chorus best filed as “huge” and a hook so big you could hang your barbecue on it, while “Why Aren’t You Listening” does manage a left turn. It broods, it takes the haters to task and its riff isn’t the kind you could use as a steamroller.

Arguably the best of all, though, is “Stevie Nicks”. Not a song about the woman herself, merely a woman who boasts the same qualities, if Big Dad wants to send me her number, then I’ll stick an extra mark at the end of this (ahem!) but either way, the track itself is a chugger of the highest order.

The slow building “Bullseye” rather casts them as the last remaining outlaws (first line: I ain’t saying I am the chosen one, but I get the job done, while all your heroes run off into the sun…” and, to be fair there is an element of truth to it.

Its as simple as this: if you don’t nod your head along to the opening slab of guitar on “Tell It To The Ground” (which actually has a kind of Five Finger Death Punch vibe), then this ain’t for you. Whats more, if you don’t dig the trouble making, rabble rousing chorus of “Blue Lights On”, which contains this: “I see you coming with your blue lights on, I can’t stop now, I am too damn stoned…..” then, ok, listen to something else. Because Texas Hippie Coalition don’t care. You ain’t in their gang.

Many try this, few do it this well. Or with this much skill to back up the bravado. Saddle up. Don’t overthink it, and just enjoy being rode hard and put away wet.