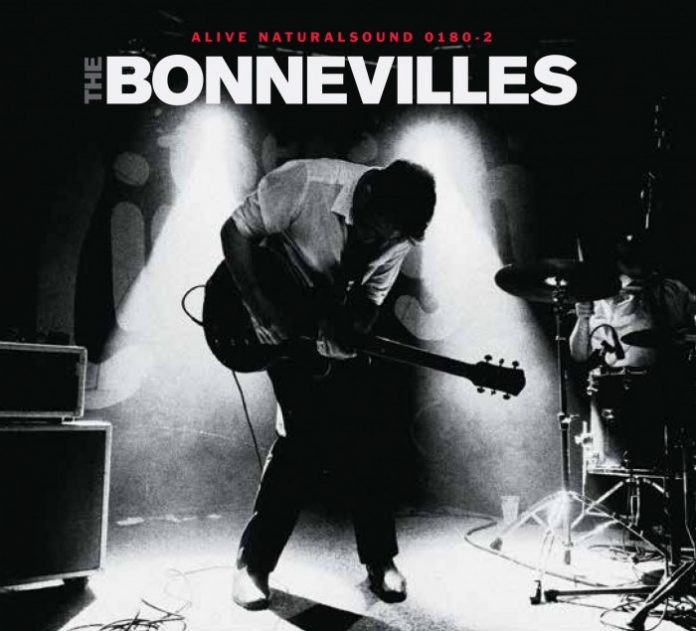 Just like its the stated opinion of MVM that there’s never been a bad three piece rock band, then your duo is just odd. Maybe they don’t like anyone else, maybe they just don’t enjoy crowded tour buses, maybe (except Royal Blood) they don’t like bass players, but whatever it is, there’s a lot of them around at the moment.

Whilst they all bring different things to the party, what they are all – it seems to us anyway – good at, is channelling something primal from the depths of Lord knows where. Take “The Electric Company”, a track early on in the the wonderfully dark “Arrow Pierce My Heart”, the third album from Northern Irish pair The Bonnevilles. Unassuming as the title might be, the clue to the torment in these songs comes in its hook. “Get drunk, get high, get some, it’s too late to die young” croons Andrew McGibbon Jr, as if it’s the most natural thing on the planet.

In truth, the song is merely a natural progression. The opener “No Law In Lurgan (Intro The Bells Of Hell)” seems to take the soundtrack of O Brother Where Art Thou? as its starting point and spin the whole thing with a black thread.

As fuzzy and raw as blues can possibly get, tracks like “The Whiskey Lingers” deal in the shadows of 3am in the morning and offer no solutions or light at the end of any tunnels. The title track is almost tribal, with its insistent rhythms courtesy of the drums of Chris McMullan, and with the clever guitar work of McGibbon also to the fore, it really is a descent into some undefined chaos.

Even when they turn the feedback down as on the acoustic campfire strum of “Eggs And Bread (Gallows Song)” it’s from the standpoint of the condemned man, and the mournful “I’ve Come To Far For Love To Die” is a real highlight.

The band proclaim themselves to be “garage punk blues” and those punk overtones are never far away throughout, but are particularly prevalent on “Learning To Cope” which is built around a frantic wall of riffery.

The album closes with the plaintive cry of the slow building “Who Do I Have To Kill To Get Out Of Here” the lack of a question mark in the title suggests this is a statement that they’d happily carry out.

“Arrow Pierce My Heart” is a brilliant record, one that is surprisingly diverse, and whilst it might never be described as “suitable for children’s parties”, the soundtrack to your next sleepless night with your own darkest secrets running through your head never sounded better.