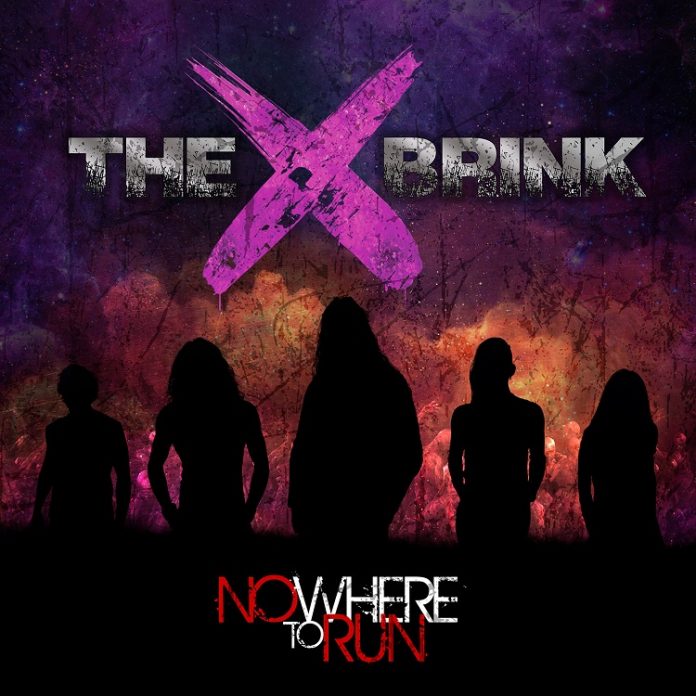 I think I missed the memo. Maybe someone can resend?

You know the one, the communique that said the 1980s revival is in full swing.

The other day I reviewed Crazy Lixx’s new record, and hot on the heels of that comes this, from the fens in Cambridgeshire, where The Brink have emerged from Wisbech with dreams of their own.

In truth, “Nowhere To Run” is far better than their Swedish labelmates effort, primarily because it sounds fresh as a daisy and is bursting with youthful exuberance.

It’s not like they’re hiding their influences though, and nor should they.  Nor are they hiding their ambitions. There’s a track here about two thirds of the way through (“…..Run” is a long record, 15 songs in itself is bold in the current climate) “I don’t care if these are crazy dreams,” sings Tom Quick, “I hope Tommy and Gina, they know what I mean”.

And, in many ways, we could stop this review there. Bon Jovi references and lofty aims to boot. Good luck and watch them go.

Except – and this is why The Brink might just have a chance – there is a bit more to it than that.

Ok, so “Little Janie” is essentially Poison’s “Fallen Angel” re-written. The first line of the song, actually – and therefore the first line of the album –  is “rock n roll beauty Queen”, and you can stop me, cos you have heard this one before. For all that, though, this is a pretty enjoyable take on the old theme.

And fair enough, “Break These Chains” tells its tale of “Johnny” who finds his “dream just slipping away” in a similar way to the Little Angels in 1988, but The Brink do them both – and the rest of it – superbly.

Plus they are savvy enough to not make everything something that someone else has done. “Never Again” for example has just a touch of pop punk about it, while “Save Tonight” (one they obviously like a lot given that there’s two versions of it) adds strings that give a depth, sound a bit like Manic Street Preachers, and moreover show a different side to the band from many of their peers.

Big ballads have always been a staple of hard rock, and there’s a couple here. “Wish” and “Are You With Me” (which actually begins with a screeching solo) come from that school. Personal taste dictates that I steer clear of such sentiment, but you can imagine them resonating elsewhere.

If – like me – you prefer more ebullience, then “Fairytale” is the type of thing to look for. A little more punky and belligerent about its work, it’s the type of stuff that young, up and coming bands should be doing, while “Burn” likewise is a real scorcher too and showcases a tight band that you feel are only scratching the surface.

To do what they’ve done so far hasn’t been easy. When they’re not from the bright lights, bands have to struggle. These 15 songs prove why The Brink got noticed, and in a very real way, they also show why they might just stick around.