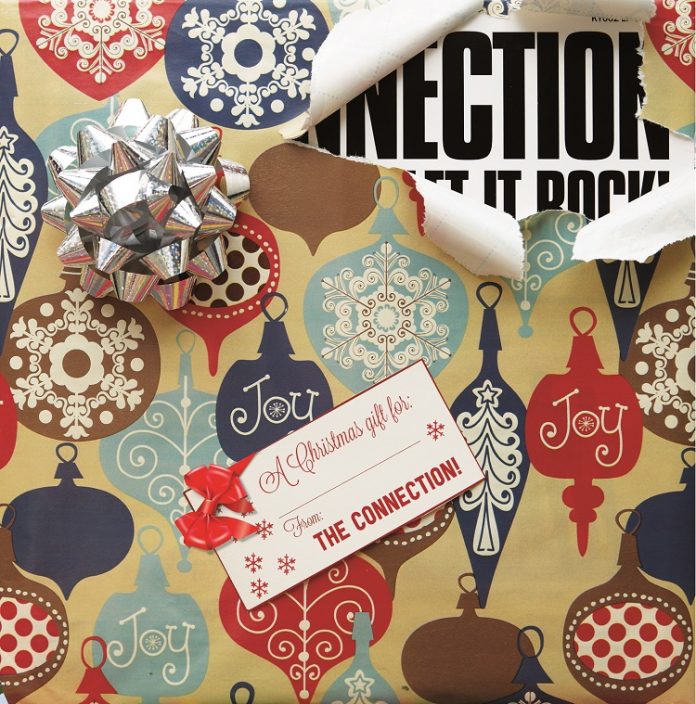 Back in May I reviewed an album by Geoff Palmer. Geoff, for those that don’t know – and honestly, there would, if there was any justice in this world, be statues dedicated to the band – is one of the main songwriters and singers in The Connection.

In the review I wrote something about Geoff being one of the only people to make me rethink one of my long-held beliefs. This is part of what I said: “…..I also like to make knee-jerk reactions. So, if I decide that a new signing that the football (soccer to you people in the US, not that daft sport you play….) team [I support] makes is crap (often within 10 minutes of their debut) I’ll never change my mind. No matter how many times my brother says: ‘give them a chance,’ nope.”

I said this in relation to a covers album The Connection had done which was my first introduction to the band. See, I’d got a long held belief that covers albums were crap.

I also feel the same about Christmas Albums. Can you see where this is going yet?

So “A Christmas Gift For You” turns up and I go “well, I don’t care if this is The Connection I am not reviewing this…..”

Two caveats here: I hate Christmas. Honestly, that covers album I mentioned, no word of a lie, I reviewed that on Christmas Day. Before going to my sister in law’s parents for lunch.

The second: I (usually) hate Christmas Songs. I went to see Roy Wood a few years back. When he played THAT Wizard song, I walked out, (it was the last one, come on, it wasn’t much of a sacrifice). My late mother used to play the same Christmas Album from about November and it drove me crackers.

But….Geoff, Brad Marino and the others in The Connection, as much as I want to hate this I can’t. It’s infectious, it’s timeless, its downright glorious.

It takes me back to the time when I didn’t hate Christmas, in fairness. When my mum was alive, when my Gran and Grandad were about, and there is an innocence about this, a feelgood factor if you like, that sweeps you along.

If you know The Connection, you’ll love this. If you don’t, but like punky power pop that sounds like Cheap Trick jamming on Ramones songs (the latter is more true than normal here) with Redd Kross, then, you’ll love it too.

“Money Honey Baby” has a Roy Orbison thing going on, and the line “you say my love will do you fine, but we both know that is a lie….” Will resonate with most men, let’s just say that, shall we?

“I Feel Fine (It’s Christmas Time)” features the ever wonderful Kris Rodgers on keys giving it his best Ian McLagan impression, and it sounds happier than any song has a right to, “Christmas Bells Are Ringing”, does the classic Christmas thing of the protagonist being alone, but does so with a lip curl that suggests it’ll all work out..

“West Coast” rather wonderfully taps into the thing that me and my brother always used to think about growing up, “how do they do Christmas in the sun?” One listen to the glitter cannon of a guitar solo and you’ll give up caring and want to move where it’s warm.

“Better Late Than Never” is probably the best of the lot. Tapping into  68 Comeback Special Era Elvis doing “Trouble” it imagines a world where Santa gets drunk and doesn’t deliver the presents, and there’s just a touch of the E. St Band about the music of “Christmas Time Again” and it is unashamedly a timeless throwback to the rock n roll era.

“Rock N Roll Christmas” adds a bit of punk rock to the mix, and if they don’t duckwalk when they play the solo, I want to know why,  “Poor Boy” is as 60s, Beatles-ish as it gets, it casts someone as looking enviously on as the kids in others have a consumerism Christmas. I’d like to say it is a condemnation of the capitalist structure, but it probably isn’t. It does, though contain the verse of 2019. “The rich kids,” it goes. “eat their Turkey and yam, I am alone with my water on spam. Ain’t got no mama, ain’t got no dad, there’s only grandma and she’s on the lam…..” If you can’t think that is genius then I feel for you.

It ends with the only cover. The obvious one too. “Merry Christmas (I Don’t Want To Fight Tonight)” stays true to the spirit of The Ramones, and that’s just fine.

So, eight original Christmas songs, written by one of the finest bands of their type there is. What’s not to like? Well, nothing actually.  I still hate Christmas, though and not even Geoff Palmer can change my mind on that.