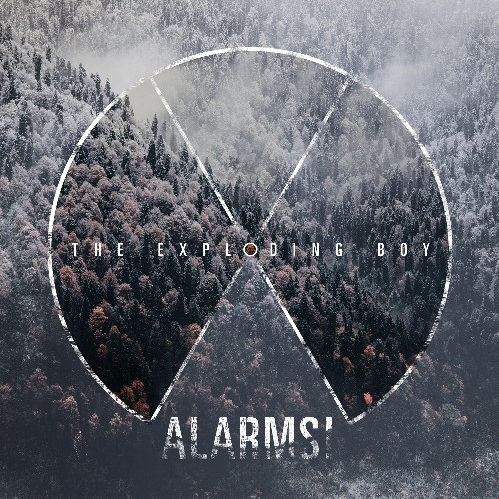 Swedish sextet release album number five and get set to set off more than alarms in the hearts and minds of the gothic rock public.

Taking their inspiration and musical style from UK new-wave gothic rock legends The Cure it would be easy to just copy and wellworn formula.  After all, naming the band after one of The Cure’s more obscure b-sides tracks would certainly lend the average punter to believe that something akin to a covers band was in the offing.  Fortunately these Swedes are far more than mere copyists.  It is true to say that there are many elements of Robert Smith & Co’s melancholic rhythms and wordplay to be found in The Exploding Boy but this is also a band that brings its own mark of quality and inventiveness.

“Fireland (The End of Dark City)” kicks the album off in fine fashion.  It has a darkened electro pop-rock vibe that pulsates and drives through four minutes of laid back energy and melodic brilliance. Next track “Alarms In Silence” amps up the guitars and increases the pace to a foot-tapping rocker.  A stunning example of when every instrument works together in perfect harmony.

It helps when you have the distinctive vocal tones of Steffan Axell and his ability to lift songs to another level is up there with the best in the business.  An example of this would be “Danger Zone” not one of the most immediate tracks on the albums but the lyrics and the vocals bring it up to far much more than the sum of it’s parts.

It is true to say that the heart, soul and musical feel of this album is rooted in the early 1980’s and it takes you back, for those old enough to remember, to a time of bristling musical creativity and vibrancy.  There is also a keen familiarity about this album which will make you swear blind – on first listen – that you have heard this before.

There are moments that are genuinely uplifting, take “The Day” or the brilliant “Run Red” which manages to punch and kick its way to a thrilling and emotive four minutes, as good as anything recorded in recent memory.  A true anthem in every aspect of the word.

If you were previously unfamiliar with The Exploding Boy then now is a good time to get accquainted, and you couldn’t do much better than start with this album.  This band deserve to be huge.

Alarms! Is out now