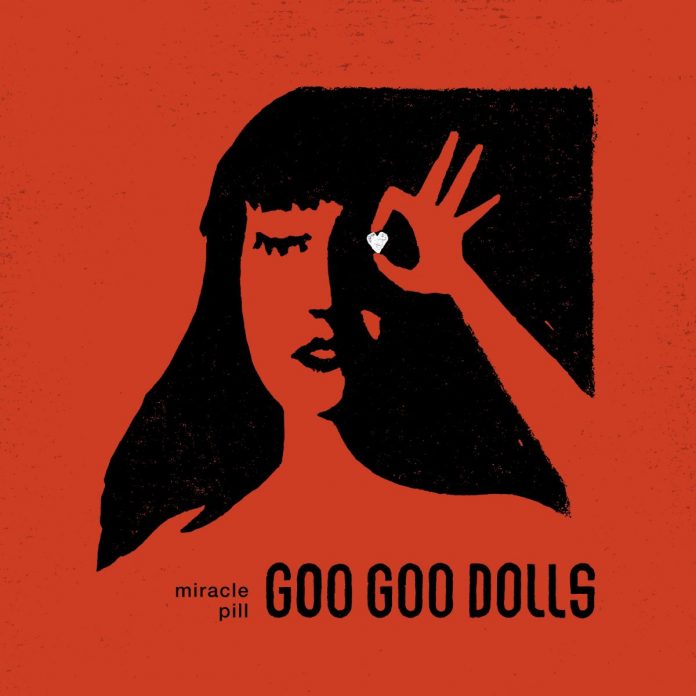 Look, I am well aware that Goo Goo Dolls have released albums in the 21st century. Some good stuff too, but to me, they are always going to take me back to that summer when I was 22 years old. Coming up for 23. “Dizzy Up The Girl” the thing was called, and like all the bands I loved back then – Counting Crows, Live, Semisonic, Matchbox Twenty, Gin Blossoms, Bon Jovi they were about as American as radio rock gets.

I had a reason for loving “Slide”. That first verse: “Could you whisper in my ear. The things you wanna feel. I’d give you anythin’. To feel it comin’.”

The reason I had for loving it was simple. It spoke about the same girl that was “something beautiful” in “Mr. Jones” the one who, if she “didn’t expect too much from me, might not be let down” In “Hey Jealousy” and just about any other sad song you can think of.

Times, situations, tastes change. I haven’t even so much as seen her for nearly 20 years, and I don’t invest myself emotionally in songs like that anymore – and to be honest, US Arena Rock doesn’t do it for me these days. Shinedown? They wouldn’t know real emotion if it bit them on the arse, Alter Bridge? Oh please….

But there’s something inside that you see the name Goo Goo Dolls and you owe it to the 20 something you to review it. God alone knows how it would have turned out if I had this website then, but I am sure of one thing: if I had reviewed “Miracle Pill” back then, then it would have sounded just the same.

Not for nothing have John Rzeznik and Robby Takac sold millions of records. There is nothing to dislike about “…..Pill” whatsoever.

It is rooted in its homeland. After the tinkling pianos of “Indestructible” you almost expect them to start singing “the screen door slams, Mary’s dress sways” but it soon opens up into some kind of polished pop music. Even with the solo at the end, we are a world away from their punk rock roots, but then, like I say times change.

Then comes “Fearless”,  and you originally think, “blimey, this sounds like one of those self-help tapes” as it slams its way, in an extremely commercial way, then you stop and think about the positivity of the message. About how it’s what the world needs. A sense of community. And above all how it might help some kid, just like me in the 1990s, who needs something to reflect their existence.

And then you get it.

This is how the two have done it. Sustained a career when some of those contemporaries and peers have not. They are gifted with being able to write songs that connect in some way. “Miracle Pill” is catchy (that’s a given) but it embraces change.

Likewise “Money, Fame And Fortune” is driven with synths and never strays away from the middle of the road, but it has a charm that you can’t resist. “Step In Line” is pure pop, but it is epic in scope, and when they do a ballad, like on “Over You” it just sounds like an effortless way to get another Gold Disc.

But then, GGD are much more interesting than most modern pop I hear. “Lights” doesn’t do anything lyrically out of the ordinary, but has a huge soundscape to build them on. And you haven’t heard big until you’ve herd the drums on “Lost” – which it mixes superbly with the singer/songwriter stuff. Daughtry, to be honest, could learn some lessons here.

Given their admirable philanthropy and charity work, you can only applaud the two for walking it like they talk it. “Life’s A Message” does that, and you can almost hear the internal conflict in “Autumn Leaves”, which you sense desperately wants to stay stripped down but can’t help itself but go widescreen.

Sometimes with bands like this you are never quite sure how many new ones are going to make it in the live set, but if “Think It Over” isn’t there I will be staggered. “I am scared to make the change” sings Rzeznik, and its euphoric, soaring end is made solely for the arenas it is going to be sung in.

Ok, there aren’t a lot of chances being taken here. But then if you are looking for Goo Goo Dolls to be cutting edge, you are probably barking up the wrong tree anyway, but on the other hand, if you are looking for a manual on how to do arena rock for a mainstream audience, then no one here is on the slide – and that’s a Miracle (Pill) after all this time.