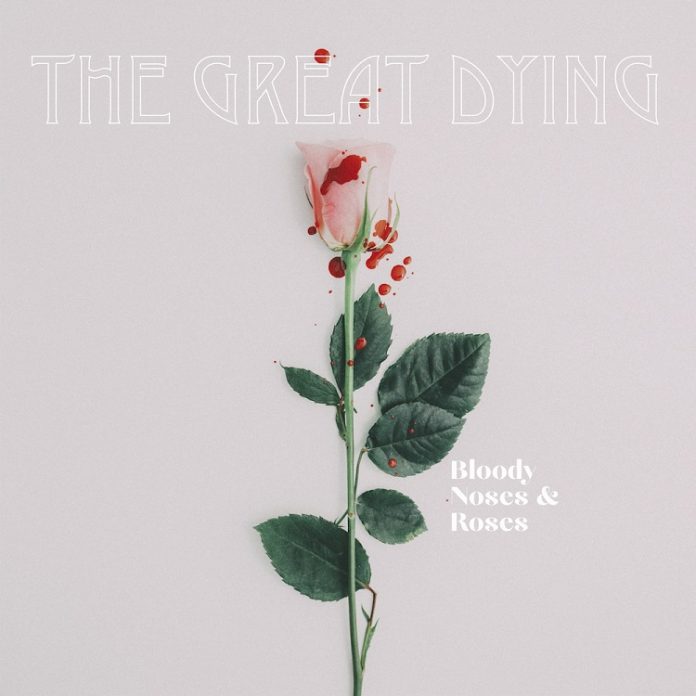 The Great Dying, one of the more interesting bands I’ve had sent to me this year – it is what happens when a metalhead from Mississippi makes a record at the studio owned by Drive By Truckers’ bass player and Dexateens producer.

That’s basically the roots of TGD, given that Will Griffith came to know Matt Patton and Bronson Tew and they set about crafting this quite brilliant album.

To get a handle on it, perhaps the best thing to do is skip to the middle of  “Bloody Noses And Roses”. “100MPH” is aptly named too. Punk-ish overtones – there is a flavour of The Replacements here – but along the way, the character in the song has had bail posted, had another fight, drank his fill and snorted cocaine.

But if this is warts and all hedonism, then the two that follow are equally important when it comes to understanding The Great Dying. “Magnolia” is a quite gorgeous, lap steel drenched slice of balladry, but one with a deep-rooted sense of longing throughout.

After this comes a real jolt. “Get You A Gun” comes from the same sort of place as the Counting Crows pair “1492” or “Angels Of Silences”. That is to say that whilst there might be many artists this type that could whip up a moshpit, then the metal background of Griffiths ensures this could.

Those might be where the contrasts are most stark, but in truth, they’ve been evident throughout. Griffith has a wonderful weather-beaten voice, perfect for these songs. Songs like the wonderful opener, “Nobody Arrives”, where he captures the mood that pervades, “all I’ve loved and all I’ve lost”, he offers here. “was half a life at twice the cost”, which is poetry, when you think about it.

That one is largely acoustic. “Cellar Below” is screeching, unsettling and like many here reveals its true darkness only with repeated listens, but then has anything great ever shown you what it has straight away?

“Catchin’ Hell” is a real southern rocker – and there’s even a touch of The Allman Brothers about the guitar. The truck driver in the lyrics speaks for many of us when he “drives to nowhere for the millionth time”, while the superb “Tennessee” on one hand is a rabble rouser for the honky-tonk, but on the other is shot through with regrets for lost love and a former life.

“Beer By The Bed” – which is shot through with bird song, as if it was recorded outside, perhaps it was – shines a light into some private hell. “It’s a hard way to live,” he says, “forever in debt for the things I did”. The violin work only increases the desperation. “comin’ home to an empty house full of pain” is a line that is raw and emotional, but “throw me bricks while I drown” are words that exemplify the spiral here.

The fact that this is a collection that takes you to some very dark places is perhaps obvious, but the merciless “Junkiesque Skull” reinforces and underlines that, and while you wouldn’t call the last track “Water The Horses” uplifting, or say there is light at the end of the tunnel (“as hard as your day has been, the night claims the very best of men”) it is a stripped down slice of troubadour stuff, right from Townes Van Zandt way back when to Jarrod Dickenson to the present day. It shows, perhaps that The Great Dying understand their place.

But then, we aren’t dealing with a band that follows rulebooks here. Their own maybe, no one else’s. It also shows that “Bloody Noses And Roses” is well named. This could probably fight you and then send you something nice. Essentially, we are all complex, life is full of contradictions, so are these ten songs.

“Bloody Noses And Roses” frequently verges on the stunning.