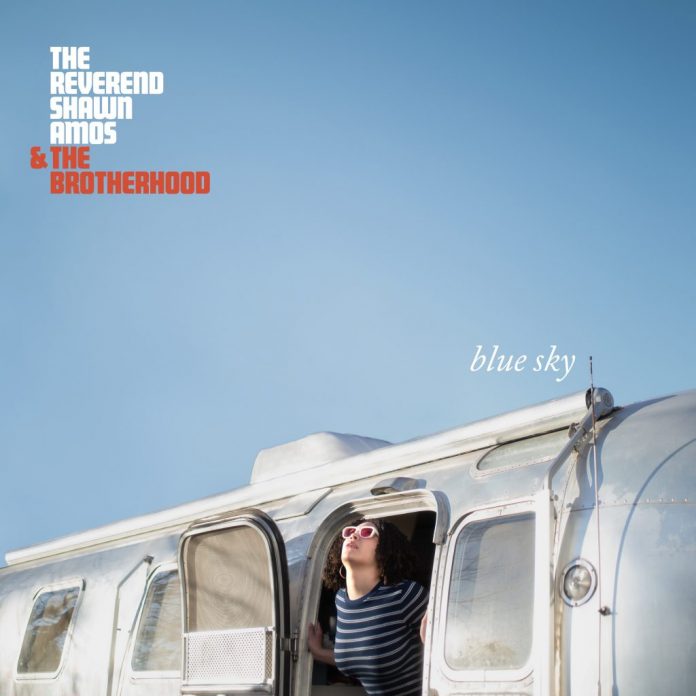 “Man needs a woman. Man needs a bottle of beer. Daddy needs to drive his lady around in a sweet set of wheels”.

There’s a glib response to this of “well I live with my dad; I don’t drink and I drive around in a Honda Civic” (all true by the way) but there’s a more serious one too.

What The Rev. Shawn Amos And The Brotherhood have done on “27 Dollars” – the brilliant track those lyrics come from – has surely distilled rock n roll to its purest essence. Because what is rock n roll, if it’s not escapism in some way, if its not about drinking, good times and girls.

It’s been ever thus. When Elvis went to the Sun Studios, he wasn’t thinking of the existential significance of the song he was singing for his mum. It was just enjoyment.

When I was 12 years old and Axl Rose told me I was in the jungle, baby, I didn’t think “oh ok, but I live in a semi detached house on the outskirts of Birmingham with my parents”. No I knew I was going doooownnnn. It took me away. I can put that album on to this day and it still does.

There’s a vibe on “Blue Sky”, wherever it goes in its short time with us (and goodness me, it goes to plenty of places) of the same carefree fun.

Maybe its deliberate. Certainly, it doesn’t have the overt politics of The Rev’s 2018 record, “Break It Down”, but it’s just as good. This time, though, The Brotherhood (aptly named, given you can almost hear the bond have come up with something timeless.

And it’s an album with real, palpable musical growth too. Amos has returned to his singer songwriter days, in a way: “This is the first time I’ve had the space to try to be more of a singer-songwriter within the confines of the blues, “ he said of the record. But he’s selling himself short, a little bit.

“Stranger Than Today” with its shuffle and its lead sort of wafting in on a warm breeze, opens the record and does so beautifully in every sense. Chris “Doctor” Roberts has worked with Amos long enough that there’s a kind of telepathy here, almost, and the use of soul backing vocals (from The Sisterhood as they are billed) is perfect.

Amos, of course, amongst his many talents as an entrepreneur, Record Company Exec (they even made a TV series out of his childhood) is a master of the harmonica, and those skills are all over this.

“Troubled Man” – almost a duet with Ruthie Foster so prominent is she – comes from a darker place, and reminds a little of a Sonny Landreth track, but “Her Letter” switches again. Now it’s a timeless back porch acoustic little picker of a thing. Just assume its superb. Everything here is.

There are a couple of real surprising moments too. One is “Counting Down The Days”. This is The Reverend at his most Fire and Brimstone, and the organ is wonderfully done, another is the 98 seconds of maelstrom that is “Hold Back”. You know that bit in old Springsteen shows where he did “Light Of Day”? That. Right here.

“The Job Is Never Done” dials up the soul aspect to this. While “The Pity And The Pain” (which features the vocals of Kenya Hathaway, has a real Prince feel to it, and is a real highlight. It is amongst many.

Hathaway appears again on “Albion Blues”, which seems to burst with a helplessness. “I am not crying, most of the time” sings Amos here, as if he is trying to find a way out of all the madness.

The aforementioned “27 Dollars”, comes from the place where Little Richard left off. Perfect rock n roll, the best thing this has to offer, if only for the joyful exclamation of “Oh, Brother Hubbard!” before Matt Hubbard plays the piano solo.

It ends with a brass band, as if the rest of it hadn’t been good enough. “Keep The Faith, Have Some Fun” has all the energy of a second line on Mardi Gras in New Orleans.

“Blue Sky” is just over half an hour long. It is almost incredible how much joy is packed into it. There will be those who don’t like diversions and will ask “what it is”, but that is to miss the point in my view. It is a celebration. Of life, of music, and rock n roll. And here, more than ever, The Brotherhood is all important.