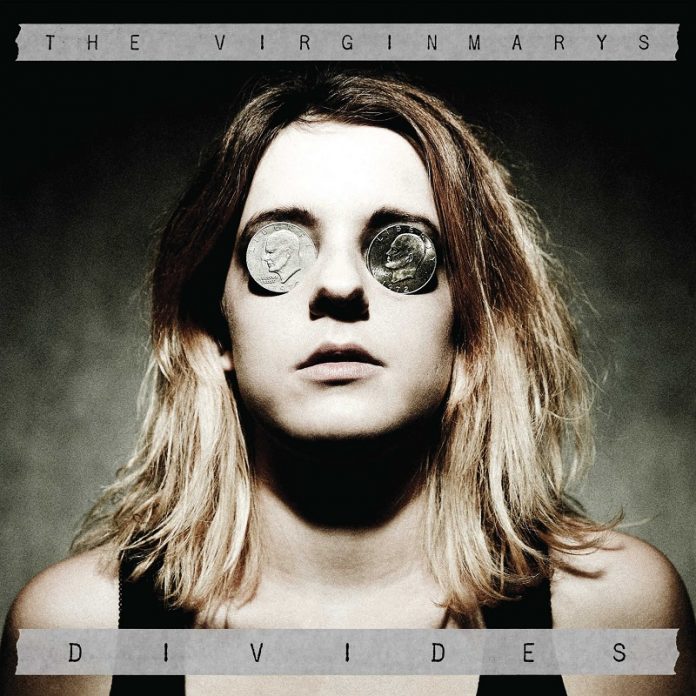 I wanna say I’m tired but I’m fucking bored/I need to get myself away/change my name and find a place to call my own/live alone until my dying day.

That’s the opening verse on “Into Dust” a track towards the end of “Divides” – the second full length album from Macclefield’s The Virginmary’s. And in it, they encapsulate not only the frustration by kids in small towns everywhere, but perhaps their own too.

Only they’d know, but it’s always seemed that like Macclesfield – with Manchester and Liverpool to the north and Stoke and Birmingham to the south – that they’ve always been searching for their own place.

Their debut album was fine slice of modern, raw bluesy rock, but possibly because of the way that singer Ally Dickaty delivers the songs in his unashamed northern tones – heaven forbid – rather than pretending he’s from California, they got lumped in as some mish-mash of indie crap, which they most certainly aren’t. What they were s something truly original and downright exciting.

Credit to them, then for taking that simmering anger and turning it into something rather wonderful. Because rather than watering things down and changing to suit trends, instead “Divides” is everything the debut was ….just slightly more of everything.

“Push The Pedal” has widescreen intentions and a big arena bothering “look at me swagger”, “For You My Love” recalls the big rock n roll of Jet in the mid-90s and “Halo In Her Silhouette” has a hook big enough to hang your coat on –  and that’d just the first three songs.

Suitably revved up and ready for trouble, “I Wanna Take You Home” is after drunken fumbles however it can get them, while “Free To Do Whatever They Say” adds a nihilism that is welcome, and when its coupled with the barely concealed violence on show here, it makes for a wonderful song.

Not that “Divides” is all bluster, as there is a tenderness on offer here too. “Walk In My Shoes” wears its Beatles-isms on its sleeve, “Moths To A Flame” is a big old ballad, “Motherless Land” would be a number one if Biffy Clyro had written it, and the soaring closing song – “Living In My Peace” is – whisper it – mature beyond its years.

There is just a sense, though, that this record and this band are happier when they are kicking up a storm as they do on the almost punk rock “Falling Down” which clenches its fist and gets on with the job of taking a baseball bat to anything it can smash.