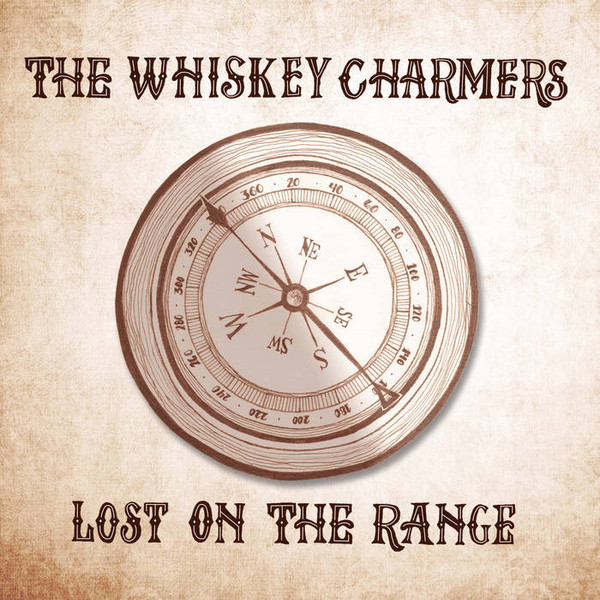 A drum roll and some twangy plucked guitar chords opens up `Fire and Flame` as Carrie`s sultry vocals join in and give this number a real edgy feel. The narrator seems to be seeking out a relationship but be warned, they are not the type of person to cross. There`s a cracking guitar break midway and some rock out riffs towards the end of the song, Again guitar, electric and acoustic and drums feature as `Galaxy` commences. The vocals are so emotionally expressive that I found myself almost hypnotised. The addition of a glockenspiel, alongside Carrie and Lawrence`s harmonies is a joy to behold and does give this piece an otherworldly feel. A delightful guitar segment closes the song out.

The guitar intro and finger clicks to `Super 8` initially had me thinking of Roger Miller`s classic `King Of The Road` before the song becomes a more mid paced offering. I have to say I loved the end rhymes of some of the lyrics such as “And if I wake up feeling awful, I’ll just make myself a waffle, Yeah you know I might be liable, to start reading up the bible.” and later “if we need a brand-new hobby, we`ll just hang out in the lobby, see what we could be doing, horseback riding or canoeing” we get some intricate guitar riffs and some almost brushed drums throughout which also adds to the pleasure of this track, seemingly about the joys of staying at the world’s largest budget hotel chain . A dark account of a crime of passion out in the rural west follows with `Crossfire` a despairing cowgirl finally tracks down her renegade lover and murders him. The delivery both vocally and musically evokes the bleakness, not only of the location but the misdemeanour itself.

`Dirty Pictures` seems to be a disturbing tale of a one-sided relationship where the perpetrator is willing to go as far as sending some intimate photos of themselves to chivvy this romance along. This stalking monologue is shared against a hypnotic drum beat with some sublime guitar chords. There`s a rolling, grinding beat to `Tumbleweed` that really suits this account of seemingly sexual longing. Carrie`s sensual portrayal of this individual`s yearning come availability leaves you almost breathless.

`Honeybee` has a shuffling beat and some guitar inflections as what possibly seems to be an analogy between a travelling honeybee and a shooting star is made. A melancholic offering follows with `In The Dark` a memoir of nursing a broken heat. Almost a bar room ballad of despair.

`Wildfires` is quite an intense descriptive piece that comes from a time in the nineties when Carrie lived in Los Angeles and had her car covered in ash from the Californian bushfires. The accompanying music is really sublime and became almost mesmerising at times. The album closes with `Monsters` a fable of a bedroom filled with monsters, which is possibly a metaphor for the challenges that life sets us that we have to overcome. This track is a little more bluesy than most of the other cuts here.

The Whiskey Charmers fanbase have compared their sound to riding through the desert with the top down, or the feeling of being in some lonesome smoky bar off the side of an abandoned highway and I’d have to say that sort of hits the nail on the head. Carrie and Lawrence have acquired some accomplished musicians with Brian Ferriby (drums), Johnny “Wolf” Abel (bass), Dan “Ozzie” Andrews (bass) and multi-instrumentalist David Roof to flesh out their ideas.

Carrie has a wonderfully rich vocal range and diverse poetic aptitude and with Lawrence`s stunning guitar ability they complement each other marvellously.

This release is a real road trip of sorts which will take you through some musical and lyrical emotional ups and downs along the way, so strap yourself in and allow The Whiskey Charmers to lead you astray.