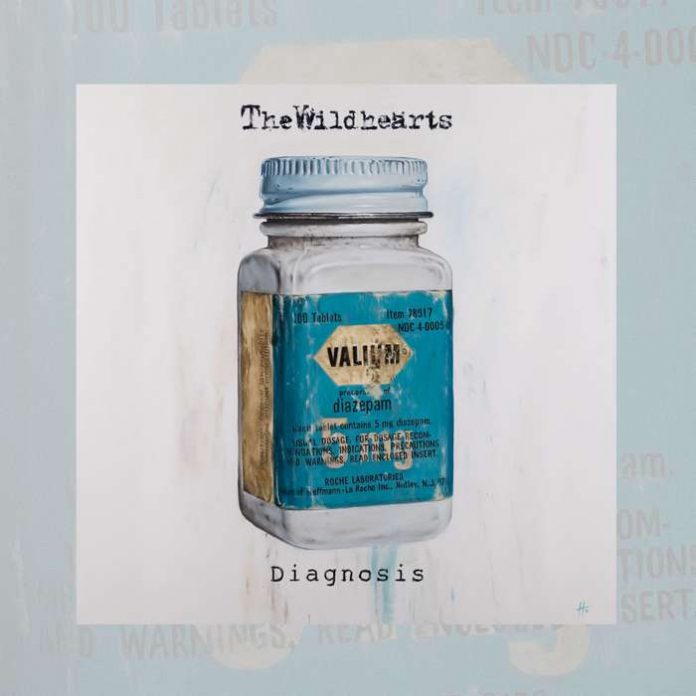 Sometimes, the best ones are the ones you don’t see coming.

When I wrote the review for the “Renaissance Men”, the first Wildhearts record for a decade, back in the spring I had this to say about the lead track here: “Diagnosis” has a riff that is instantly recognisable as one of a classic Wildhearts moment. The lyrics deal with the treatment of mental health (and anyone who follows Ginger will understand its heartfelt nature).”

I’ve been lucky enough to watch the band play live twice on the tour since it came out and those shows, with subsequent listens to the record itself, have proved “Diagnosis” deserved to be more than some footnote.

It is a brilliant song. Right in the top draw of Wildhearts songs.

The band themselves have obviously been invigorated by the experience. And have followed the full length album with five brand spanking new ones that complete this mini thing (EP or album? You decide).

This in itself is pretty exciting. Not least because any time there’s new Wildhearts music is exiting, but there are those of us who remember the joy of finding “Suckerpunch” in Reddington’s Rare Records in 1996, or “Caffeine Bomb” at a record fair, or “TV Tan”  (Pizza shaped vinyl, natch) or….I  could go on, but I won’t.

The point is, Wildhearts B-sides (kids under 25 ask your parents, probably) were often some of their best work. Their most challenging, the stuff the fans really love, and those rare occasions where they play them live these days are to be cherished.

The good news is the five unreleased tracks on “Diagnosis” fit that bill just perfectly. Honestly, sometimes listening to these over the last couple of weeks I have had to remind myself that we are in 2019.

Many of these – like “Diagnosis”-  deal with mental health. “God Damn” being one of them. “God damn, I found myself back on the starting block again” sings guitarist CJ here, as he and Ginger trade in a kind of duet as they find (and long-term fans will get this) the typical Wildhearts b-side sound. Best described to anyone else as something like what would have been on their so-called “White Album”.

“A Song About Drinking” is aptly named, a glorious romp, full of breakneck speed, time changes and mighty, mighty groove. In short, it is everything they always are at their best.

“The First Time” is straight down to business. Honey sweet harmonies, lyrics that jar eventually, but then you don’t notice until they’ve hit you with a…..suckerpunch…..(as it were) “every night alive,” sings Ginger here, “is a night of second chances” but it whizzes past so it needs digesting.

“She’s My Girl” is one of those ballad type ones that The Wildhearts sometimes did – not that they ever did a ballad in the conventional sense, but they do know how to sound like Cheap Trick. And for all it’s simplicity, it is a real cracker.

The last one “LOCAC” is perhaps the best, though. Exactly what you want from a Wildhearts “unreleased” track. You’ll work out what it stands for, and you’ll also be surprised at the harshness, the industrial nature, the barren landscape of it. The sort of thing that was on “Endless Nameless” should you want a signpost.

“Diagnosis” is a wonderful work, from a wonderful band, but goodness me, the best thing about it is that it is so brimming with ideas on it’s six tracks that it means there is still plenty more to come. And that, will surely help cure whatever ails you.

Rating….come on, it’s the Wildhearts.