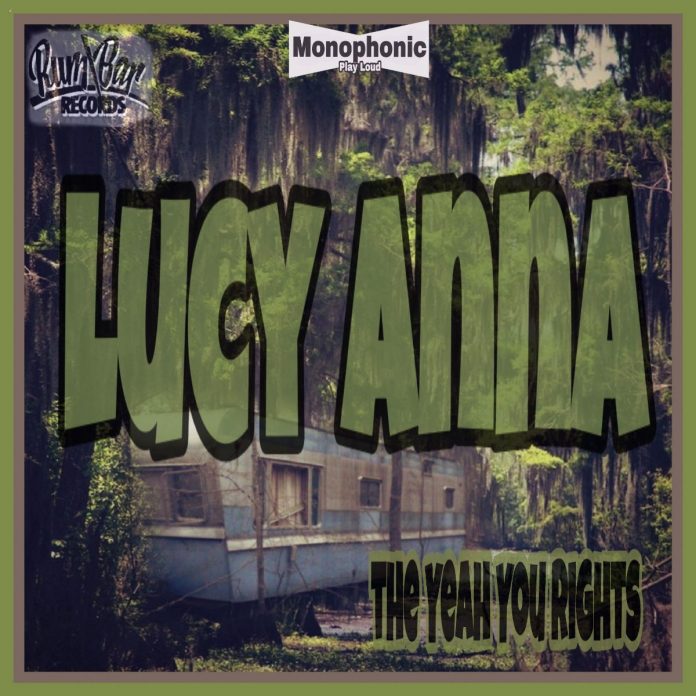 The first verse of “Lucy Anna” sums this up better than anything I am going to say.

“Let me tell you, about a girl, Lucy Anna. In a trailer in a back road, near the swamp. She got her old man, and her baby in the corner. And she’s hiding out till daybreak from the cops”

That, really, is that.

Because The Yeah You Rights sound like they’ve crawled out from the same swamp to do all kinds of nefarious stuff. Everything about this, frankly, is grubby, filthy and downright unpleasant.

Except for one thing: you can’t resist its charms.

It’s just that in many respects TYYR are a product of their environment. You see Vocalist and guitarist, Gary Roadarmel spent his life from age 7 on stages performing in bands from garage-punks, The M-80’s to honky-tonkers, JP Harris & The Tough Choices. He spent 16 years recording and touring with his own group Porter Hall Tennessee.

Then he went to Louisiana and this is the result. Opener “How ‘Bout Now” comes on with all the dirt and mud of Left Lane Cruiser, but has a rock n roll heart that Chuck Berry would enjoy. “I Gotta Right” is 50 seconds of fury, but somehow it’s a fully-fledged song – which takes some doing and no little skill.

The title track has a bluesy chug, but only if it was being played by Jon Spencer, while “What I Say” does two things. First it displays all the guitar chops that you can imagine, but second it manages to borrow so heavily from “Please Don’t Go” that it is basically paying Muddy Waters interest. And you know what? It doesn’t give the remotest toss. And why? Because its primal as all hell, that’s why.

And what’s more, the EP ain’t even getting started. Because for all you thought about the thing, the idea that it was going to end with an 11-minute epic probably wasn’t top of your list. Think again. Because that is “Unvulgar” and over a riff that is some hypnotic acid trip version of “Let’s Work Together”, it does its thing and by the end, the lyrics are being spat out seemingly like some stream of consciousness James Joyce penned alternate end to “Ulysses.”

There won’t be anything else like this released this year. And what is more, I am genuinely not sure if that is a good or bad thing. What is clear is The Yeah You Rights have hit on something unique here.