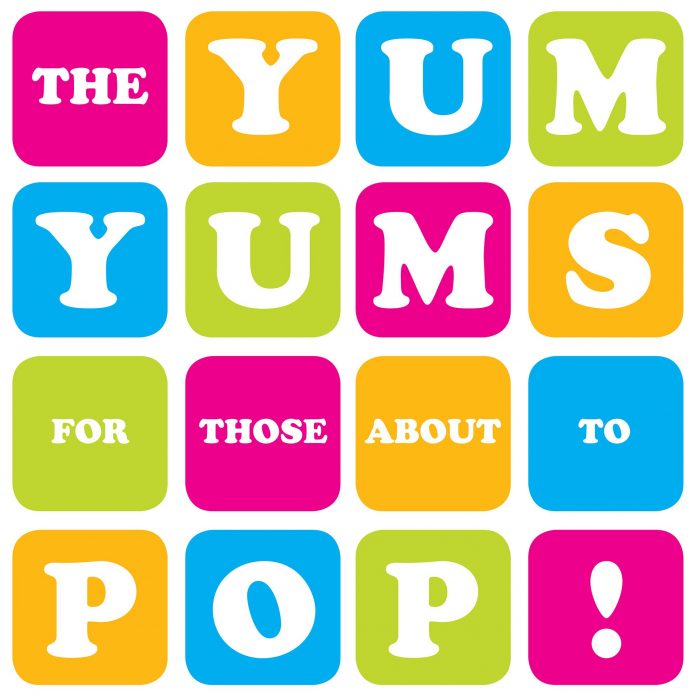 The Yum Yums have been making the best power pop in Norway for almost 30 years, but if you still aren’t familiar with the Norwegians’ charms even yet, then I give you this from “Can I Come Over?” A track tucked halfway through their wonderful new record.

The song itself opines being an outsider – nonsense, of course, because all the cool kids should subscribe to the Groucho Marx idea that you should never be in any club that wants you as a member – and as it gets to the breakdown part and band leader, Morten Henriksen, says things: “I can bring candy, I can bring bubblegum and ice cream too.”

Surely this is the most gloriously sweet (puns not intended) and innocent thing ever sang in rock n roll? Come on. 1986, when Brett Michaels said “I got a girl on the left of me and a girl on the right, I know them well. I slept with both last night” it would have been so much better if he’d given them a bag of Pick N Mix instead, right?! Right.

Well, TYY imagine a world where rock n roll is happy, harmony filled, where Covid-19 never happened, and where everyone in the world is as smiley as my little toddler niece. And ok, no one really believes rock n roll really can make you forget your troubles, but good God, this has a damn good go!

Save yourself the time. Listen to the first song “For Those About To Pop” and see if you like it. It’s tempting to say that if you don’t, you have a waxy pea-shaped hole where others have a heart, but if you ever thought “wouldn’t it be brilliant if Redd Kross jammed with The Knack” and chucked a LOAD of harmony on top?” then this, my friends, is the band for you.

Calling themselves “defenders of the faith”, and furthermore suggesting that “you’ll always have a friend in a three-chord pop song” tells you two things: 1) that Yum Yums, really,  see themselves as standard bearers and 2) this music is ingrained in them.

It always ran deep, to be fair. When I was buying their albums in the late 90s in a record club I was in, they had sweet harmonies in their punk rock. “Baby Baby” here is a case in point, “Bubblegum Baby” adds some organ to the glam rock too. And if they overuse “baby” then lets not forget they once released an album called “Whatever Rhymes With Baby” and they probably know.

“Lie to Me” chugs along, “She’s Got Everything” is a masterclass, and “Lets Go Crazy” is so catchy it makes “The Middle” by Jimmy Eat world look like a lot of fuss about nothing, to be honest. And, by the way, it shows just about every pop punk band how to get stuff done.

And there’s no let up’s either (there couldn’t be, seeing as they basically have shined the same diamond 14 times here). There are subtle things, of course. The synths on “Crush On You” (which manages to be better than Springsteen’s one with the same name – no mean feat) for one thing, but here’s a thing: “Summertime Pop” could have been on a Silver Sun album and improved it. Praise does not get higher.

Elsewhere there’s the sped-up Chuck Berry-isms of “Say You Will Be Mine”, which should have been released in the 50s, and even the more modern sounding “Let’s Worry About Tomorrow….Tomorrow” doesn’t give a rats ass about your trends.

“First Move” gets Thin Lizzy double guitar solo bonus points, “The Kind Of Girl” does a kind of blue collar grit, to a point, but it still sounds like a riot at the Skittles Factory, and the more pure, kind of Dan Baird rock n roll of “Can’t Get Enough of Your Lovin’” still sounds like the Stones would if Keith Richards was addicted to Sunny Delight.

This is not just the best album The Yum Yums have ever done (and they’ve done some ace ones, this is just more ace, so to speak) it is one of the albums of the year. Hands down. It might be a little too on the nose to say “For Those About To Pop” I salute you. But you know what, I am going to do it anyway, because that’s what it deserves.

Simply put, this is a magical escape from everything that’s crap in this world.