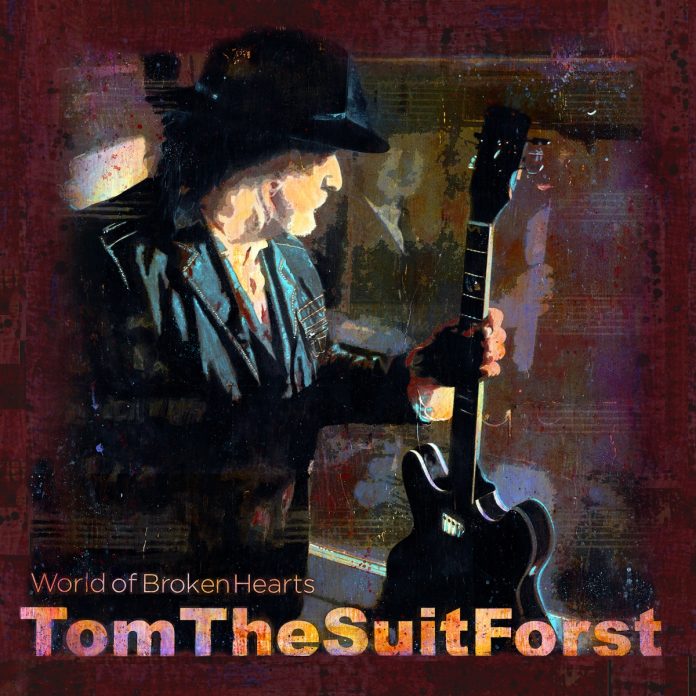 Anyone, let’s say, “of a certain age” can relate to this. And if you can’t you are lying to yourself.

On a Friday, you get to wear what you like at work. The other week, I was wearing a Bruce Springsteen t-shirt, purchased the first time I saw the E-St Band, in 99. In Manchester, England. It was one of the great, great gigs. But I digress.

The point is, the day I was wearing this shirt, it also emerged that one of the ladies I work with is younger than it.

Well, to be honest, because I am not Tom The Suit Forst.

Forst was 57 years old, and a top tv exec when he decided to follow through on his long held plan to be a musician. So he made a debut album.

Now, four years later he is back, with a wonderful EP, that boasts a stunning cast list, frankly.

But, as David Lowy has found out in the Dead Daisies, you can have all the money and all the guest musicians in the world, and what you need is songs. It took Lowy until their second album really to get it right, Forst is made of sterner stuff, and “World Of Broken Hearts” merely continues down a path that was laid out by that first foray.

Whether it’s the overtly bluesy stuff– and opener “Late Night Train” has more than a hint of Bonamassa in the lead playing, or the dirtier, more raw “I’m Not Over You Yet” – a real highlight – or the gorgeous, gentle, but regret filled title track, this really is from the very top draw.

“Everything Is Fallen” is Forst’s favourite. He began writing the track as a teenager, he says, and the way Ohlman sings it with him, ensures it must be a real thrill to see it blossom the way it has here.

The last one, Willie Dixon’s “Hoochie Coochie Man”, which I first heard done by The Quireboys 30 odd years ago and countless times since, is proof of the skill here. It is hard to find another angle for this, probably. Forst manages to make it his for a little while.

I mentioned Springsteen in this. At that tour back 20 years ago, he used to play “Big Sky Country” by Chris Whitley at the end of the shows as you left the arena. I bought Whitley’s records on the strength of that, and there are moments on “World Of Broken Hearts” that recall that greatness too.

The back story is cool and all, but you know what’s better. The music. And I am going to guess that’s  the way Tom Forst always imagined it.