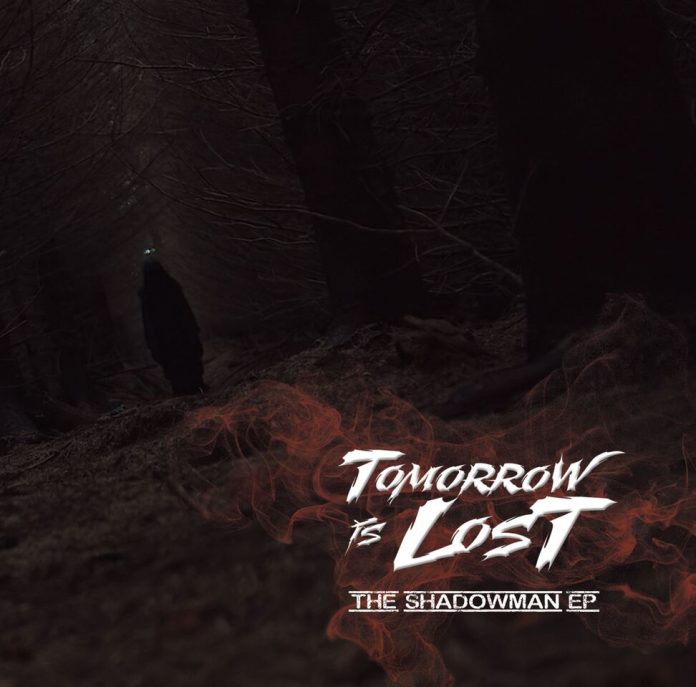 You have to admire a band that gets on and does it. It seems to me that too many on the unsigned scene are too content to moan about their lot and even more content to play the same places again and again, while blaming the locals for not turning up.

The lessons on what can be done are out there. The very best, they go and get it. Or, in the case of some, sound like they want it, and aren’t going to take no for an answer.

Take Tomorrow Is Lost. They’ve burst out of Newcastle, like they’ve got urgent business to attend to. They’ve opened for Skindred and they’ve been playlisted by Planet Rock.

Not too shabby, in fairness. And based on the five tracks on “The Shadowman” they deserve everything they get – and they’ve got a whole lot more coming.

“We Are The Lost” (the one that Planet Rock picked up) has more life in its three minutes than many of their peers manage in years. Hooks? You could put your coat on this thing. Chug? This races like a formula one car, mate. And if hard rock needs a solo, then you best believe Joe Mac and Ryan O’Hara might just be born to play these double harmonies. The fretwork, actually gives this a more metal edge than you might think.

Singer Cass King probably ensures that lazy reviewers like me feel obligated to talk about Halestorm when writing about TIL. Thankfully, though, this never goes down the route of sending 14-year-old boys reaching for the Kleenex like Lzzy and the boys last record, instead “The Shadowman” concentrates on work that is classy as you like, such as the arena ready “Insane”.

“Rapture” is heads down, good old rocking fun, not too dissimilar to the likes of Those Damn Crows, while the fact that this a slightly harder edged band than you might have expected is all over the dark and menacing riffing of “No One Knows”.

The record ends with another string to the bow. The title track is a ballad with epic intentions, and, frankly, if this was an American band then there is a very real possibility that Metal Hammer would already have had them on the cover.

As polished as Stone Broken – who showed everyone what could be achieved when ambition is allied to talent. It is probably too soon to burden a young band with massive expectations, that said, that’s exactly what I am going to do.

Tomorrow Is Lost is only their name. Tomorrow, on this evidence, is theirs.