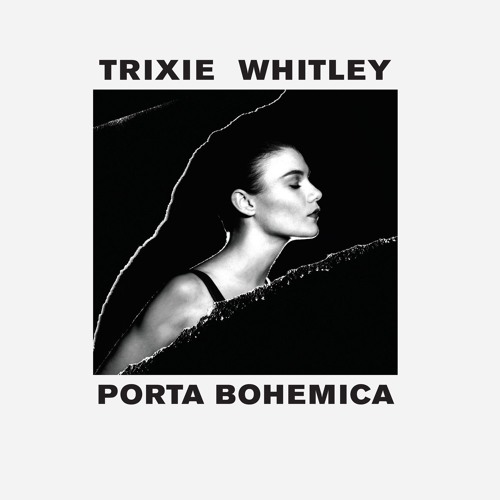 She’s Chris Whitley’s daughter, but she’s ploughing her own furrow as Damian discovers

Trixie Whitley is a Brooklyn based Belgian-American singer-guitarist.She also happens to be the daughter of the sadly departed musician Chris Whitley and Belgian mother Hélene Gevaert, from a musical family, her brother Alain is the bass player with the magnificent Belgium based band dEUS.

This album is the follow up to 2013`s “Fourth Corner” and “Faint Mystery” opens up this nine track presentation with a haunting strummed guitar and Trixie’s vocals layered wonderfully on top almost painfully pleading the words.

“Salt” is next up and is a more quirky jazz tinged offering and reminds me of her brother Alain`s avant garde band. “Closer” follows and speaks about the narrator imagining getting closer together with her partner the older they get and drifts along on a trippy ambient vibe.

“Hourglass” brings a change in pace with a more rocky track which gives the vocals a real platform to let go, accompanied with some great screaming guitar licks.”Eliza’s Smile is a song with a slow drum beat, piano and guitar stripped back to allow Trixie’s wonderful heartfelt, almost heartbreaking vocals take centre stage.

Two ethereal pieces of electronica with Whitley’s evocative vocals are shared next in the shape of “Soft Spoken Words” and “New Frontiers”, while “Witness” starts off as a Bluesy track but dips into a more pleading soft rock type ballad melody.

The final track is Witness, which is a stripped back tune with just a piano and Trixie`s breathtaking vocals.

The album is produced by Gus Seyffert (Beck, The Black Keys) and Joey Waronker (Atoms for Peace and he has melded together a great slice of Blues, rock and electronica with some quite astonishing vocals from this wonderful performer. At times the artist reminded me of other superb female singers such as Lone Justice’s Maria McKee, Joan Wassar from Joan as Police Woman and Annie Lennox. Venerated company no less.

I’m led to believe that “Porta Bohemica” is Latin for Bohemian Gate and this was a gate I was certainly pleased to enter.