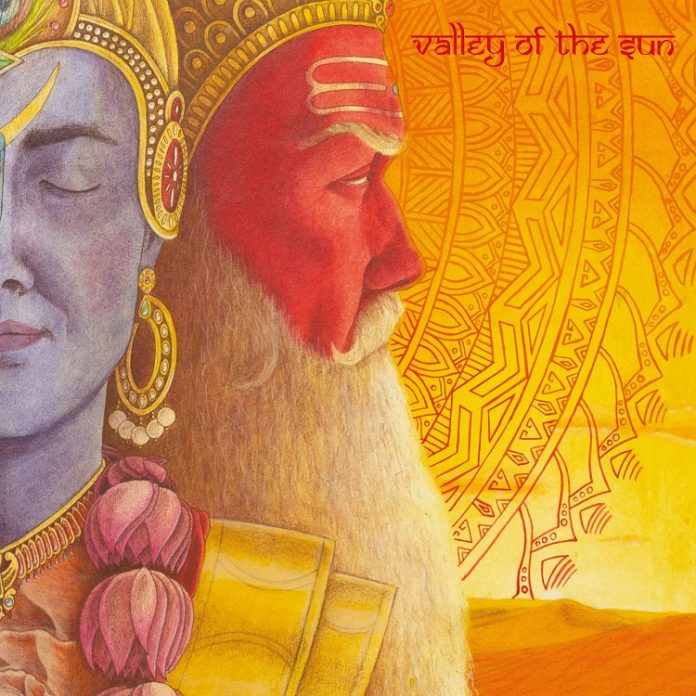 Sometimes, you can spend hundreds of words trying to say in your own way, something that someone else has said better.

To wit: “We try to evolve with each album. On Old Gods we added some heavier elements, darker tones, and a touch of psychedelia. We tried some things on this record that we’ve never done before and that made it a lot of fun to make.”

That paragraph is from an interview that Valley Of The Sun drummer, Aaron Boyer, did in the lead up to this – their third record.

Everything he says there, in fairness, is basically impossible to disagree with.

Three years on from the brilliant “Volume Rock” record, VOTS are back, striding back into the limelight from the shadows of Cincinnati, with an album that is ostensibly (without wanting to veer into one of those cliched compilation records that come out around Father’s Day) a 45 minute study in the power of the riff. But once you’ve listened to it a few times, it reveals itself to be so much more.

The title track starts the album and does starts with a mighty riff, mind you. “Old Gods” builds into something huge. Actually, it is beyond gargantuan, and has been going somewhere close to three minutes before singer Ryan Ferrier even utters a note.

But when he does…..crikey, the fella roars.

Now, if you aren’t familiar with Valley Of The Sun, he’ll get to the second verse and you’ll think: “blimey, he sounds like Chris Cornell…..” which he does, there’s no point in hiding that, but Ferrier has an incredible range to go with it.

A fact he proves on the absolutely straight-ahead rock n roll stunner of “All We Are”. This one manages to get a proper solo in before the words, and when it does it, the vibe changes completely. It’s fuzzy, but with an urgency which recalls Black Rebel Motorcycle Club, and has a hook while it goes about its work.

“Dim Vision” likes the idea of all this, it essentially repeats the dose – only faster – and if you fancy getting a headbang in, rather than just the good old-fashioned nod, then this one is your boy to be fair.

“Into The Abyss” is more – much more – psychedelic. It has a hypnotic tone, and frankly it sounds like it would rather just sit out in the summer air than do much else at all. It changes gear a bit (but only because this album likes to do things you don’t expect) but Ferrier still sounds understated here.

“Faith Is For Suckers” gets massive cowbell bonus points, and has a touch of labelmates Truckfighters, but really it knows its way around Fu Manchu’s playbook and that has never been a problem, has it?

“Means The Same” is anything but similar. Slightly unhinged, maybe, and sounding a bit like Soundgarden, but not like other bands, that’s for sure.

That attitude shows itself in other areas of “Old Gods” too. There are a number of short instrumental pieces here, and one “Buddha Transcends” sounds like it was made for meditation. But one of the short ones, “Firewalker” gets itself worked into a 98 second maelstrom of fury. But it is a “proper song”. And not a punk one either.

Not many do that. Not many are Valley Of The Sun.

The last one here “Dream Of Sands” ends, rather like the first began, with a riff. But like the first – and all the rest in between – is not interested in anything approaching formulaic.

“Old Gods” is the sound of a band who are constantly pushing the boundaries. Which is pretty much what their drummer said.