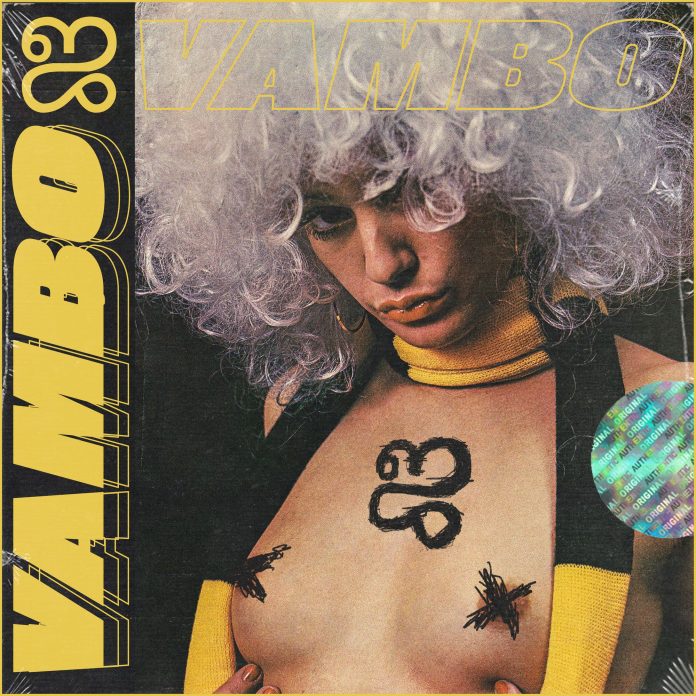 Recently on the website I’ve written a couple of reviews of records that I adored from way back. I remarked on them, just what the difference is between then and now, about how growing up, getting a record was an event. Something you saved up for, something you looked forward to.

These days, in 2019, whatever you want to listen to, press the button and its on your phone, iPod, whatever, if you don’t like it. Delete it. Who cares?

Vambo are kind of a case in point on both camps.

This record came. It’s first 30 seconds of “Now You See Me” hooked me. The classic rock riff. But one with a kind of golden age of rock n roll swagger. That’s good enough. Then Jack Stiles sings the opening line. “Take a walk in my dream house, take a left at the centre mirror…..”

Then. You start having a bit of research.

And you find you had them on as band of the day 18 months ago.

Sort of proving my point, really. First that there is too much music to keep on top of, but second, that what would have been purchased in 1989 is most definitely worth looking at 30 years on too.

Growing up we were in the thrall of bands like Electric Boys, Enuff Z’ Nuff, bands that added a psychedelic touch to the glam stomp that most of our favourites dealt in. Vambo have that going on. “Why Why Why” proves that, and “Cry Woman” gets massive cowbell and organ bonus points.

The sound is rooted in the past. The record is mastered by Ray Stiles (I am going to go right ahead here and assume he’s related to the singer) and he’s worked with The Hollies and Mud. It shows.

Not that this is retro. It’s more that “We Are Not The Same” and the likes don’t care about modern trends. Vambo deal in the music they love, it’s clear. But it is also absolutely certain that in guitarist Pete Lance, they have an incredibly talented individual. One who can carry this slightly odd vision forward with Stiles.

His playing is superb. The bluesy lead to “Dancing With The Devil” and the keyboards mix perfectly to make this one a near power ballad.

Most of the rest of these 11 songs, live and die in their grooves too. “World Of Misery” is a highlight, but the chugging chops of “Down Little Mama” actually manage to sound as Audioslaves statement of intent that was “Cochise”.

Nothing is too long here, but “Running In Circles” manages to do twists and turns. Basically sounding like The Cult have done lots of acid. This is a beguiling world. One which you won’t understand, probably, but won’t easily leave behind.

If drummer Steve Price has been doing his thing throughout, then he’s right to the fore on “Camouflage” as he beats his kit as if it is offending him, and you sort of hope that “Vambo Roolz” was recorded live with Grateful Dead as the backing band.

It should also be the last line, to give me an easy pun, but damn them, they actually end with “Fast Car” which is, surely the best song Deep Purple never wrote.

These Highway Children (see what we did there?) though have their own voice, and in a veritable slew of “next big things” who are “stoked” with their latest release bringing the analogue sound to the digital age, Vambo are one of the best. They are certainly one of the most original.